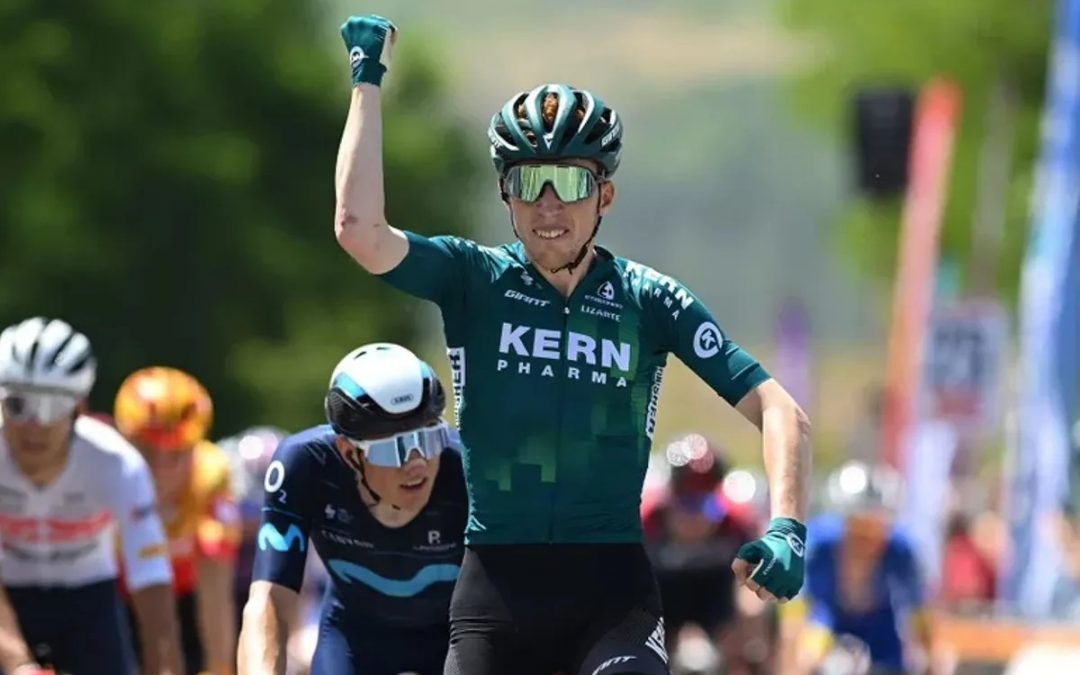 Surprising the favorites, Roger Adrià (Kern Pharma Team) won the second stage of the 2022 Occitania Route, while the Colombian Nairo Quintana (Arkea Samc suffered a fall and came more than four minutes behind the leader, due to his claims of winning the contest are complicated, although many more things can still happen.

In the shortened fraction, which was shortened to just 36 kilometers due to the extreme heat, the Kern Pharma Team rider was the fastest at the finish with a small incline.

The Spanish rider beat the Swiss Michael Valgren (EF Education-EasyPost) and the German Max Kanter (Movistar) with an impeccable sprint and took the leader’s jersey, which was in the hands of the Frenchman Arnaud Démare. (Arkea Samsic) was involved in a crash and went over four minutes.

Due to the heat, the start of the second stage was not in Graulhet, but in Belmont-sur-Rance. The cyclists first had to climb the four kilometer long Côte de Tiergues at just under five percent on average. At the top of this hill there were again about four kilometers to the foot of the last climb of the day. This ascent was made in the last 1.9 kilometers of the stage, with an average of 4.5%.

Almost immediately after the official start there was an attack from Niki Terpstra (TotalEnergies). Jasper Levi Pahlke (Bike Aid) and Tristan Delacroix (Nice Métropole Côte d’Azur) gave chase but could not catch up with the Dutchman. While the chasing duo were recaptured half way through, after about eighteen kilometres, Terpstra remained in the lead with over a minute ahead of the pack.

Going into the last ten kilometres, as the climb began, Terpstra had less than half a minute left. In the first stages of the ascent, the TotalEnergies rider was caught by the peloton. Some skirmishes followed, but because the Movistar men were driving fast, no one managed to escape. Yesid Pira (Caja Rural Seguros RGA) tried, but without success.

In the final section, the whole lot remained compact, in the final hill nobody managed to escape due to the high pace and everything was defined in the sprint. Michael Valgren was the first to change pace, but Roger Adrià got on his wheel and crossed the finish line first, ahead of Valgren and Max Kanter. The Spaniard achieved his first professional victory and thus rewarded the work of his team.

This Saturday, June 18, the queen stage of the 46th edition of the Occitania Route will be held, which will take the riders from Sigean to Les Angles over 188.7 kilometers with five mountain passes and a final climb.