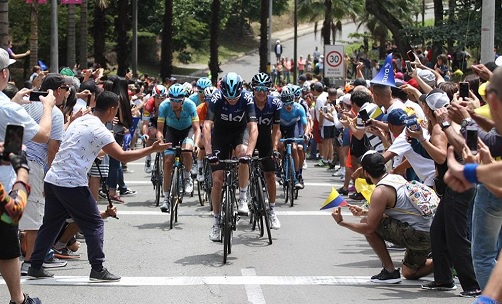 BOGOTÁ. The Colombia Tour 2.1 show in its third edition will tour the departments of Boyacá, Cundinamarca and the capital Bogotá, in commemoration of 200 years of national independence.

The cundiboyacense high plateau, a hotbed of reference in the history of Colombian cycling, will be the epicenter of the event that in only two seasons has managed to captivate the best cyclists and teams in the world.

In 2018, the Coffee Axis and the Valle del Cauca opened the spectrum worldwide. This season the tribute went to Antioquia and its great champions. In 2020, in the framework of the bicentennial of our independence, the honorees will be the champions born in the highlands.

In this way, the organization led by the Colombian Cycling Federation continues to comply

with the original idea, based on taking the most important cycling show in the country through different regions.

Tunja, capital of the department of Boyacá, will be the opening venue for Tour Colombia 2.1 with the presentation of equipment at the La Independencia stadium, on Sunday, February 9. On Tuesday 11 the competition will begin with a 16-kilometer team time trial, with departure and arrival in VIVA SUCCESS.

Then, the race will move to Paipa, headquarters that will host the outputs of the second, third, fourth and fifth stages.

The penultimate fraction will arrive in Zipaquirá in tribute to the current champion of the Tour de France, Egan Bernal. And the queen stage will have as a great attraction the arrival Bogotá with end in the Alto El Verjón, unprecedented ascent in competitions of the Colombian cycling, which will show the beautiful landscapes of the natural reserve located in the center of the capital, crowning the champion of the Tour Colombia 2.1. (Fedeciclismo Colombia)

Next, official tour and altimetries: