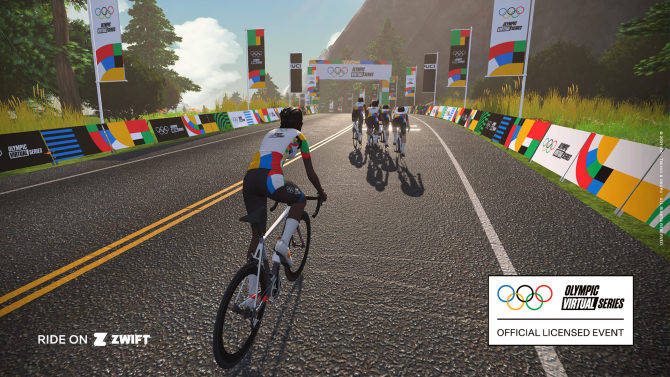 Riding, competing and interacting with cyclists from around the world, including some of the biggest names in the sport, has been one of the attractions of the innovative new Olympic Virtual Series, launched by the International Olympic Committee (IOC).

Cycling enthusiasts around the world have been able to participate in a wide variety of cycling e-sports events running from June 4 to 27 on the renowned global racing and training platform Zwift, in collaboration with Union Cycliste Internationale (UCI ).

From group walks and podcasts led by Olympians, to chase races and 24 consecutive hour-long mass participation events to celebrate Olympic Day on June 23, the idea has something to please everyone.

The goal of the Virtual Olympic Series, which also includes rowing, baseball-softball, sailing and motorsports programs, is to provide a special virtual experience based on mass participation and inclusion. This month of cycling events offers riders of all skill levels a unique opportunity to participate in an official IOC event for the first time.

One of the strengths of the Olympic Virtual Series cycling event is its diversity: not only is it available to audiences around the world, but the Olympic athletes leading the group races come from a wide variety of cycling disciplines and geographic regions: for example world champion and two-time Olympic BMX champion Mariana Pajón from Colombia; the most decorated track cyclist of all time, Anna Meares from Australia; track cyclist Nelson Vails, the first African-American to win an Olympic medal in cycling; Swiss mountain bike star Nino Schurter, among others.

The IOC and the UCI are offering new Zwifters free access to the Zwift platform throughout the Olympic Virtual Series and the codes can be obtained by registering on the UCI website.

Registrations for all cycling events of the Olympic Virtual Series are open at this link: https://www.zwift.com/olympic-virtual-series