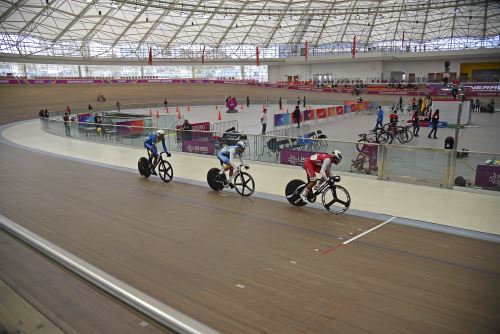 More than two hundred cyclists from 19 countries will compete in the Lima 2022 Pan American Elite Track Championship, which will be held from Wednesday the 10th to Sunday the 14th, an event subsidized by the Peruvian Sports Institute (IPD).

The cyclists, between men and women, will gather at the Villa Deportivas Nacional (Videna), where they will jump onto the velodrome to take part in eleven tests. Speakers from Argentina, Barbados, Bolivia, Brazil, Canada, Chile, Colombia, Costa Rica, Cuba, Ecuador, United States, Guatemala, Jamaica, Mexico, Peru, Dominican Republic, Suriname, Trinidad and Tobago and Venezuela will be present.

The “Colombian” delegation arrived in the Peruvian capital with the aim of maintaining its status as current champion, since in the previous edition of 2021 it dominated the medal table with 15 gold, 8 silver and 4 bronze medals. Mexico followed with 5 gold, 6 silver and 5 bronze.

The Peruvian team will seek to surprise by taking advantage of its local status. That is why the “national army” will have 14 athletes competing inch by inch.

The national women’s squad sees this tournament as the great opportunity to begin to gain experience in highly competitive tests with the task of accumulating experience that will help them face the next contests on the international calendar of the modality. The goal is to achieve high sports performance.

“We are working to reactivate highly competitive sports at a local and international level with the participation of large-scale events that allow us to help raise the level of national competitors. We have in our sights the Asunción 2022 South American Games and the Santiago 2023 Pan American Games, which are part of the Olympic circuit towards the Paris 2024 Olympic Games,” says the president of the IPD, Máximo Pérez Zevallos.

The Peruvian Federation of Cycling and Legacy made available to international athletes and official judges the lodging of the Atlético Stadium hostel in La Videna, for the duration of the competitions. Thus, both have been working hand in hand in favor of the growth of national sport, fulfilling the mission of guaranteeing quality infrastructure and services for athletes, in order to position Peru as the epicenter of world cycling.

The presentation of the Elite Lima 2022 Pan American Track Championship will take place on Tuesday, August 9, at 11:00 a.m., and the inauguration of the event will be on Wednesday, August 10, at 5:00 p.m.