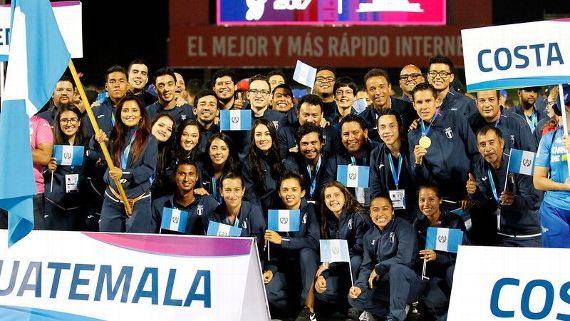 The regional entity explained that it decided to cancel the Isthmus jousting “in view of the governance situation that affects the normal operation of the National Olympic Committee of Guatemala in accordance with the Olympic Charter and given the administrative and financial insecurity that the situation entails.”

ORDECA had decided to hold the Central American Games in a shared venue (Costa Rica and Guatemala), after Santa Teca, El Salvador, declined to host. Athletes in 24 sports disciplines were scheduled to participate. Now the entity has reported that next year it will open applications for the 2025 edition.

The Games were going to be held with the motto “It is what + unites us”, which according to the organization “breaks down those barriers and prejudices that we use as an excuse to differentiate ourselves from each other” and also sought to highlight the brotherhood of the countries of the region .

In these fairs, which in the Olympic cycle are the prelude to the Central American and Caribbean Games, athletes from Belize, Guatemala, El Salvador, Honduras, Nicaragua, Costa Rica and Panama were called to participate.

The Central American Games were the first door of the Olympic cycle that will culminate in Paris 2024, and in view of this, ORDECA officially announced the suspension of the jousts through an official statement that says:

The Executive Committee of the Central American Sports Organization (ORDECA), in an extraordinary session (September 12, 2022), in view of the governance situation facing the Guatemalan Olympic Committee (COG), reports that:

– In view of the governance situation that affects the normal operation of the National Olympic Committee of Guatemala in accordance with the Olympic Charter and given the administrative and financial insecurity that such a situation entails, it is decided to cancel the XII edition of the Central American Sports Games that would be organized together Guatemala and Costa Rica.