Orluis Aular is the new winner of the Volta al Alentejo 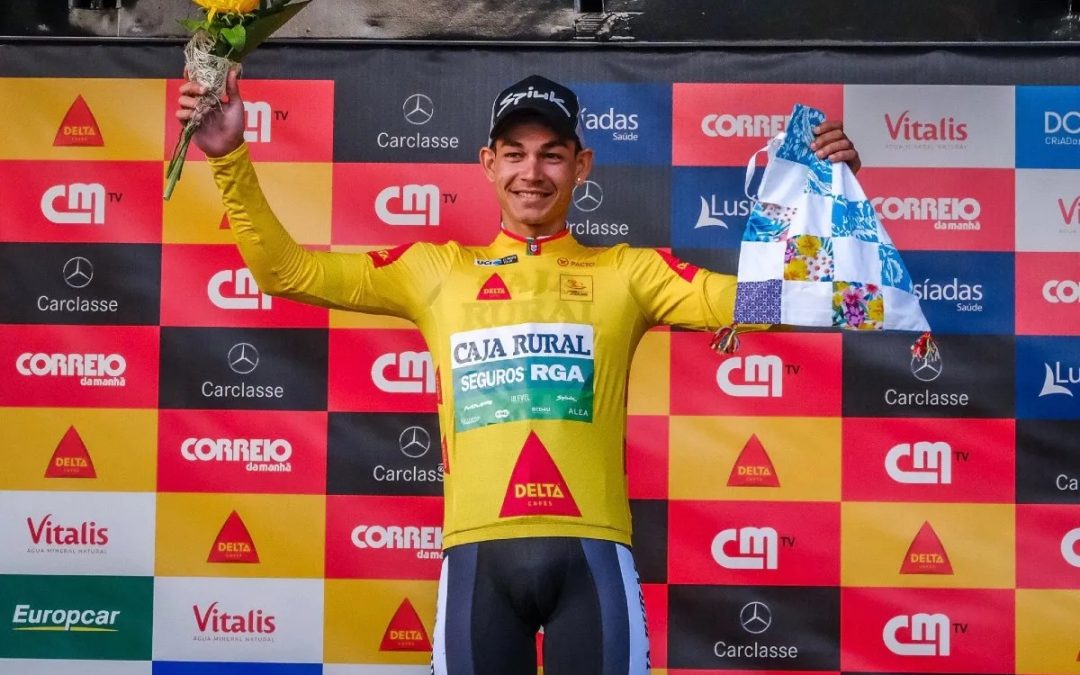 Caracas.- The Venezuelan Orluis Aular (Caja Rural-Seguros RGA) was proclaimed the winner of the thirty-ninth edition of the Volta al Alentejo, held in the south of Portugal, with a difference of 5 seconds over the Spanish Mikel Xabier Azparren (Eusklatel-Euskadi ) and 24 on the Portuguese José Neves (W52/FC Porto).

Aular, winner of the first and fourth stages of the Portuguese round, gave his impressions at the end of the race. “Very happy with the race we have done, both me and the whole team. We were able to take the general. I want to thank all my teammates for putting their trust in me, this victory is for them and for my girlfriend and my family, who are always supporting me. Now it’s time to enjoy what has been achieved and prepare with great enthusiasm for the next races”.

The fifth and last stage played this Sunday, March 20, between Castelo de Vide and Évora was won by the Spaniard from Euskaltel-Euskadi Juanjo Lobato. Behind him came the Portuguese Daniel Freitas (Boavista) and Joao Matías (Tavira), while Aular was fourth.

The lot controlled the race in the final stretch, leaving everything to the packaging, in which the Spanish runner surprised the group to take the victory in a demonstration of speed, since everything was decided by just a difference of one second, that is, a wheel lead. In the general classification by teams, the winner was Caja Rural-Seguros RGA, followed by Euskaltel-Euskadi at 11 seconds and the third position corresponded to W52-Porto with 19 seconds more