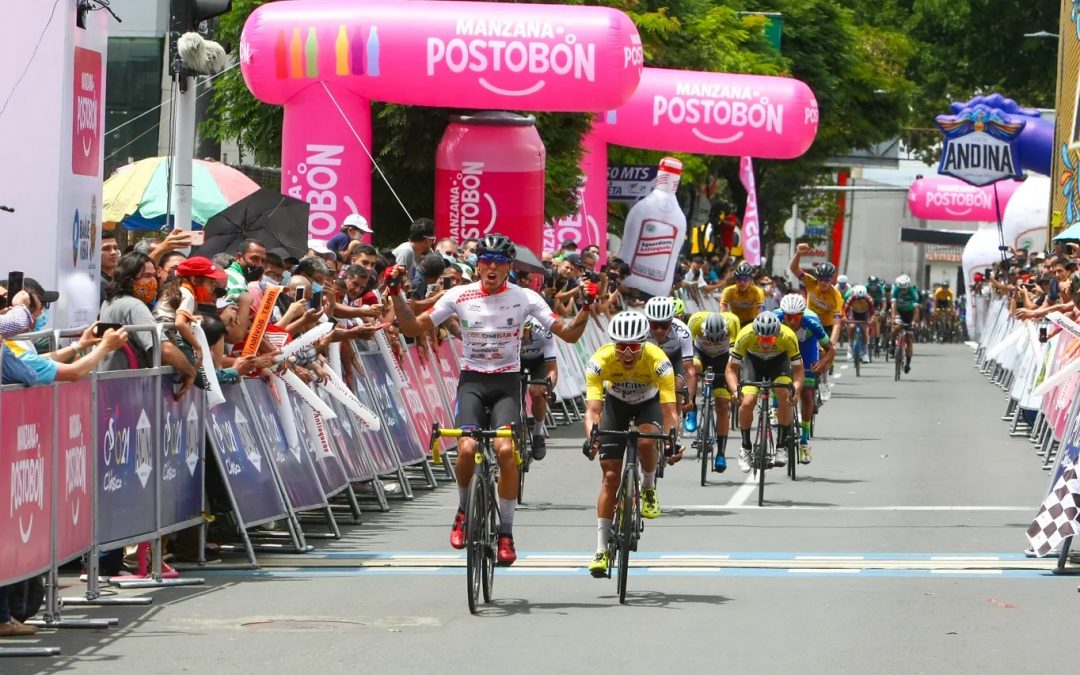 In an ideal final for sprinters, Óscar Quiroz (Colombia’s Land of Athletes GW Shimano) won the third stage of the Clásico RCN Andina in a close sprint, after traveling 120.6 kilometers between Supía and Pereira; although Aldemar Reyes (EPM-Scott) increased the difference in the general classification that he leads from the second day.

Quiroz, 27, crossed the finish line first with a time of 3:04:36 ″ ahead of Aldemar Reyes himself and Germán Chaves (EPM-Scott), all with the same time in a massive finish he made the delights of the fans in Pereira.

“I am very happy, I had not had a good year, but in the end these races are doing me good. I dedicate this victory to my family, teammates and to all the people who are always there supporting me, ”Quiroz told the Win Sports channel at the end of the fraction.

The Nariñense, who has accumulated five stage victories in his history in the RCN Classic, showed that he is in great shape. Quiroz, had recently won the fourth fraction of the Vuelta a Nariño 2021, held on the circuit in Ipiales.

“Happy for my fifth stage in the Classical. I’m not a pure sprinter, but I do well on the packaging. We have prepared well, we will be at the disposal of Atapuma, Merchán and Casallas for what is coming in the mountains ”, added the rider born in Ipiales.

The 2019 national road champion also gave his impressions of the stage victory. “Very nice day, it was a very hard start. I was a bit touched because I was on the run. In the last kilometers it gave to recover. In the sprint I felt a bit fatigued, but I was able to have legs for the sprint. I gave him everything at the end and I was able to win the stage ”, concluded the Colombia Tierra de Atletas rider GW Shimano.

This Tuesday, October 26, the fourth stage of the 60th edition of the Duelo de Titanes will be held, which will take riders from Pereira to Manizales along 84.8 kilometers, with third and first category mountain prizes, which include the mythical climb to the Alto de Letras.