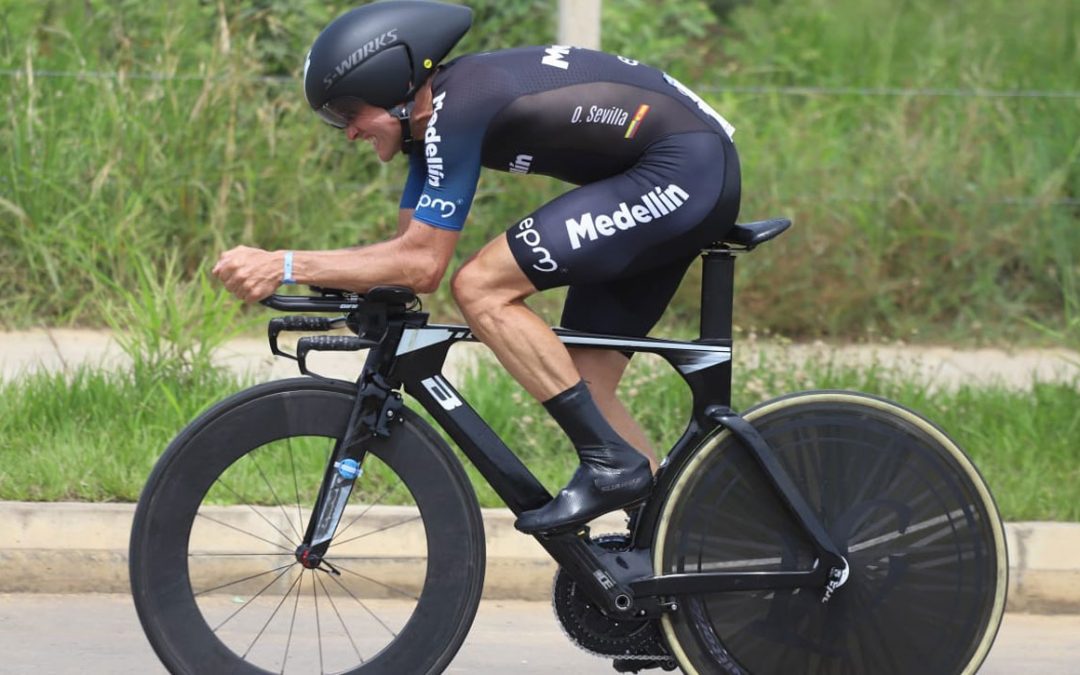 The Colombian-Spanish Óscar Sevilla was like a flyer on the first day of the 71st edition of the Vuelta a Colombia. The leader of Team Medellín repeated the scene of 2019 and in the same city of Yopal gave the first blow in the most important stage race of the national calendar.

An image already seen by the Casanareños, because on the first day of the 2019 Vuelta a Colombia, Óscar Sevilla himself won the prologue that started the 69th edition of this race. He also did it in 2016 in Cartagena and in 2015 in the city of Bogotá. Under high temperatures, the first day of this Vuelta a Colombia UCI 2.2 was played this Friday. A 7.6-kilometer prologue in the streets of the capital of the department of Casanare kicked off the first race of the year for the elite category.

One by one, the 173 runners who officially registered to compete in this race took the game, the hot asphalt, which burned from the strong sun that adorned the Llanero Capital of the World, witnessed the effort that the cyclists gave on this first day competitions. The first to start the game was Carlos Vargas (Edimar) who registered a time of 10 minutes and 11 seconds at the finish line.

A few minutes later, Julián Osorio (Bicistrongman) arrived, setting a time of 9 minutes and 15 seconds, occupying the first partial position of the Prologue, but then Pedro Herrera (Ebsa) reached the goal and went to first place after registering 9 minutes and 13 seconds.

A few minutes later, Bryan Gómez (Supergiros), from Valle del Cauca, crossed the sentence line, who stopped the timer in 8 minutes and 46 seconds, assuming the first partial position of the test, a place he occupied for several minutes, since none of the runners who finished the test, he was able to lower the time achieved by the tall sprinter.

Only one rider was the favorite to strip Bryan of first place and it was. The experienced runner Óscar Sevilla flew over the burning asphalt and stopped the clock in 8 minutes and 43 seconds, relegating Valle del Cauca, for only 3 seconds, to second place in the test.

The leader of the squad led by José Julián Velásquez sat in the hot seat until the end of the test, as none of the runners who came after him to the finish managed to lower the time, the closest was his teammate Fabio Duarte, who did 8 minutes 45 seconds, losing 2 seconds with the Spanish and placing himself in second position of the day.

A start on the right foot for the race number 1, who bears on his back the label of one of the great favorites to win the title, which would be the fourth in his personal account in this race.

The first stage of this Vuelta a Colombia Mindeporte 2021 will be held this Saturday, from 7:50 am, between the towns of Yopal, Pore and Paz de Ariporo, round trip, to complete a total of 188.1 kilometers, with three special sprints in dispute.