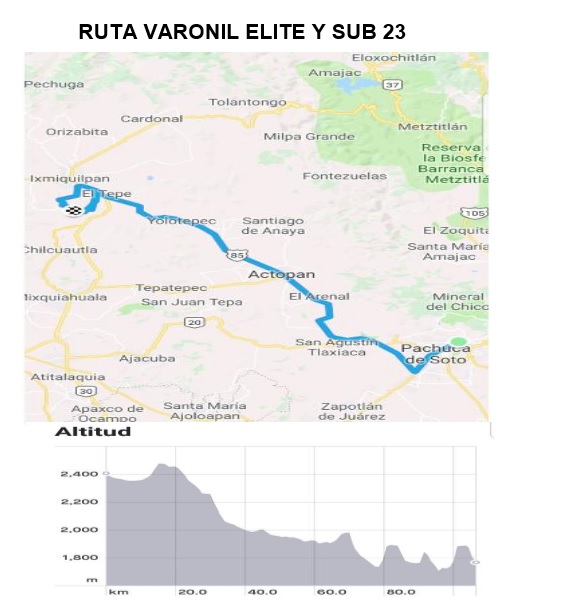 HAVANA. The 34th edition of the 2019 Pan-American Road Championship will take place in the city of Pachuca de Soto, Hidalgo, Mexico, from April 29 to May 5, according to the call issued by the Pan-American Cycling Confederation and the Mexican Federation.

The call states that each National Federation will have as limit until April 15 to provide all information regarding the arrival and departure times, and the number of people and luggage, to be able to guarantee support to each federation.

The organizers have planned a single reception by official delegation at the international airport of Mexico City to Pachuca de Soto, Hidalgo, which is 90 kilometers away from the venue of the event.

The inauguration of the Pan-American will take place in the Gota de Plata venue, while the technical meeting will be held at the Hotel de la sede on April 30.

From the competitive point of view, the 2019 Pan-American route will start its program on May 1 with the time trial competition for the female, under 23 and elite categories. On April 29 the delegations will arrive at the headquarters.

In the edition of this Wednesday we will publish the program of the XXXIV Pan American Championship of Route 2019. (Copaci Press)