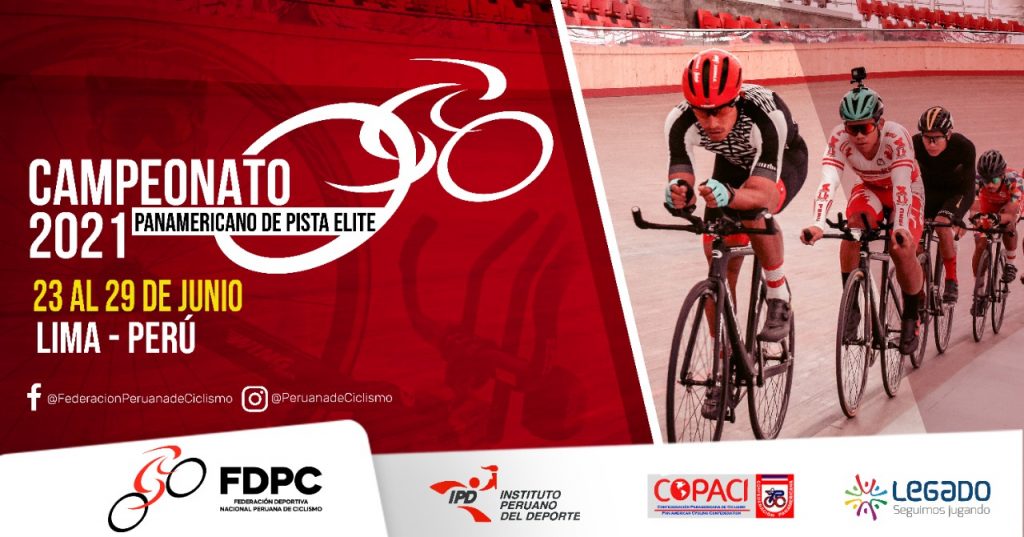 With 17 confirmed nations, everything is ready in Lima, Peru, for the Pan American Track Cycling Championship (June 23 to 29), which will have the additional attraction of distributing the first tickets to the I Pan American Youth Games, in Cali, in coming December.

The Peruvian Sports Cycling Federation will host the competition at the National Sports Village Velodrome (VIDENA), built for the 2019 Pan American Games, and which will now have the security measures recommended by the International Cycling Union, that is, bubble format and PCR controls when entering the country.

After the technical congress on the 24th, the activities will begin the next day with the team speed and scratch finals, in both sexes, as well as the classification of the team pursuit, which will have the medals discussion on Saturday June 26th.

On that second date, the speed qualifying rounds will be held and the men’s keirin champions will know; while on Sunday 27 the golds will be distributed in individual pursuit and points race, men’s branch; as well as speed and omnium, a female branch.

The penultimate date (June 28) reserves the 500-meter time trial, individual pursuit and Madison events for women, while men will be contesting the titles in speed and omnium.

The closing will be in style, as the monarchs will come out in the race for points and keirin; while his teammates will fight for the crowns in the kilometer against the clock and the madison.

The Pan American Cycling Confederation also announced the classification system that will be applied in Lima for the Youth Pan American Games, in which it is explained that the athletes being elite category will give numerical places to their respective National Olympic Committee for the fight scheduled for Cali , in which the required age is between 18 and 22, that is, under-23.

Regarding the speed area, COPACI maintained places in each gender for Colombia as the host country. Then, the first three teams of the Team Speed ​​event will give places to nine riders from those 3 countries in each gender.

The two highest ranked individual sprinting runners will also be added as long as their country has not obtained tickets in team sprinting. Finally, a top-ranked keirin rider from a country that has not done it in the Teams Speed ​​event will take a ticket to Cali.

We will return soon with more details about the Pan American Track Cycling Championship, which will start next Friday.