Panama and Spain seal an agreement to promote cycling 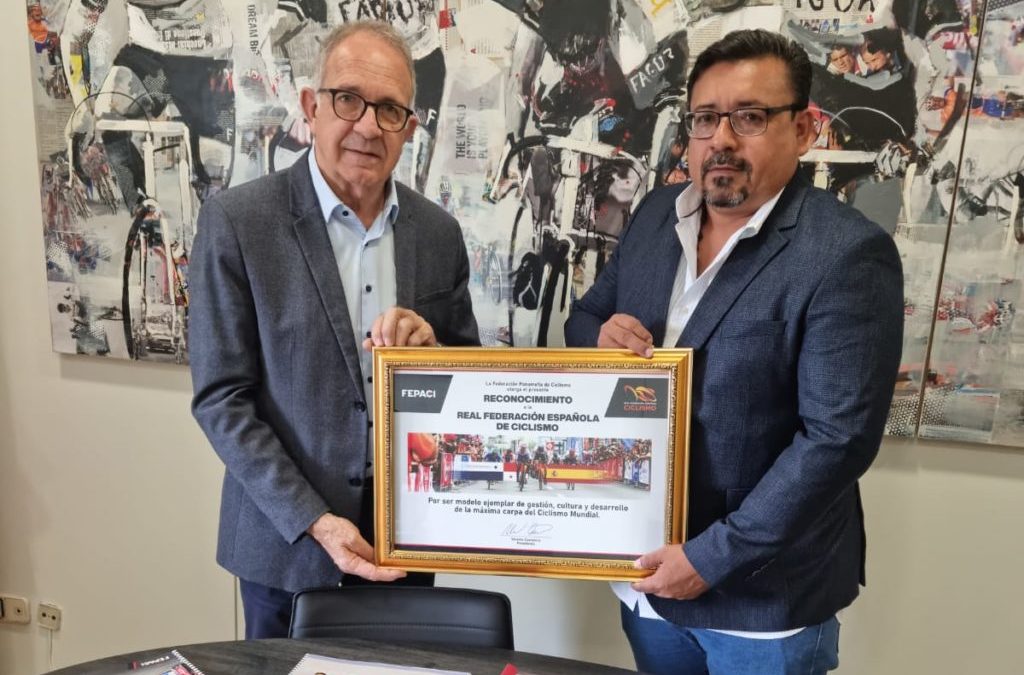 Under his historical link to promote the knowledge and practice of cycling in all specialties, José Luis López Cerrón, president of the Royal Spanish Cycling Federation; and Vicente Carretero Napolitano, president of the Panamanian Cycling Federation, have met at the RFEC headquarters in Madrid to seal an agreement between both institutions in order to establish synergies that allow promoting the exchange of experiences and initiatives for the promotion of cycling , in addition to the development of joint sports, educational and cultural programs in both countries.

The agreement also records the commitment of both institutions for the exchange of knowledge, congresses, seminars and courses at a sports and trainer level, a fundamental part of the development of cycling.

During the meeting, Emer Samudio, general manager of the Panamanian Cycling Federation, presented José Luis López Cerrón with a parchment in recognition of the RFEC for “being an exemplary model of management, culture and development of the highest level of world cycling.”

In this way, the Panamanian Federation recognizes the support of the RFEC during the last decade, favoring the development of Panamanian cycling, with several cyclists who have competed on Spanish soil: Yelko Gómez (Caja Rural-Seguros RGA), Christofer Jurado (Bathco) or Franklin Archibold (Eiser-Hirumet), among others.

This development allowed, for the first time, to have a Panamanian cyclist at the Tokyo Olympic Games, in which Christofer Jurado was present; and that places Panama as the fifth country in the ranking of America, being the 32nd worldwide according to the International Cycling Union.

For his part, Vicente Carretero thanked all the support of Spanish Cycling for Panama during the last decade: “10 years have passed and today Panama is the 5th power in America, God first we will be the first national sport to reach the Olympics in Paris, Spain opened its doors for us and we have had to emulate the great Federative work of mother earth, we bet on education linked to high performance, and this agreement will facilitate the most important channels of our Federative philosophy, Education, Culture, values ​​and Sports by develop Panamanian cycling much more”

“From the RFEC we want to express our gratitude to the Panamanian Cycling Federation for the recognition of our work during all these years. This agreement will allow us to establish very important synergies between our countries to continue promoting cycling at a global level”, López Cerrón highlighted.