PANAMA DOES NOT GIVE THE LEADERSHIP OF THE VUELTA A GUATEMALA 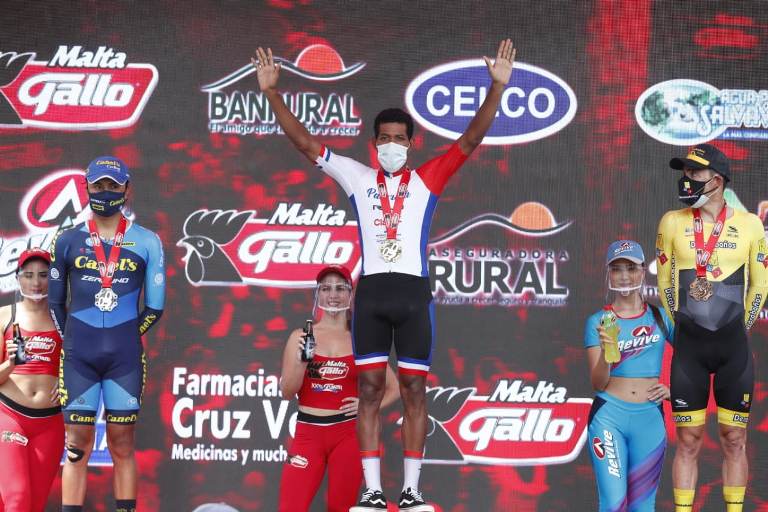 The Claro Panama Selection came to stay with the Vuelta a Guatemala and today it demonstrated it in the fourth stage, the time trial, which ran from the port of Champerico to the Centenario road in the departmental capital. They were 43 kilometers that started from 6 meters above sea level and reached 256. Christofer Jurado won it and is now the general leader of the competition.

With this result, Panama is showing signs of progress in a discipline that was not traditional for them. First it was Roberto González who won two stages in a row and today the Jury who shot the stage in 59 minutes and 05 seconds.

The canalero defeated Manuel Rodas, who was the favorite in the specialty, and who had won last year in that same department. Rodass finished the stage at 01h: 00: 16 in third place.

The second place went to Santiago Ordóñez, the Colombian who runs for the Mexican team of Canel’s Pro Cycling which is also second in the individual general for Edgar Torres, from Hino-One-LaRed is third position in the general.

Tomorrow’s day could change many things because it is the historic “Queen Stage” that will require climbing cyclists from San José El Ídolo, Suchitepéquez to El Baúl hill in Xela.

Tomorrow’s stage will have three intermediate sprint and five mountain prizes. The route will be 106 kilometers from San José El Ídolo, along the CA-2 Occidente route to the Cito-180 route, towards Quetzaltenango.