PANAMANIAN JURADO FLIES IN THE CRONO, AND RECOVERES YELLOW SHIRT 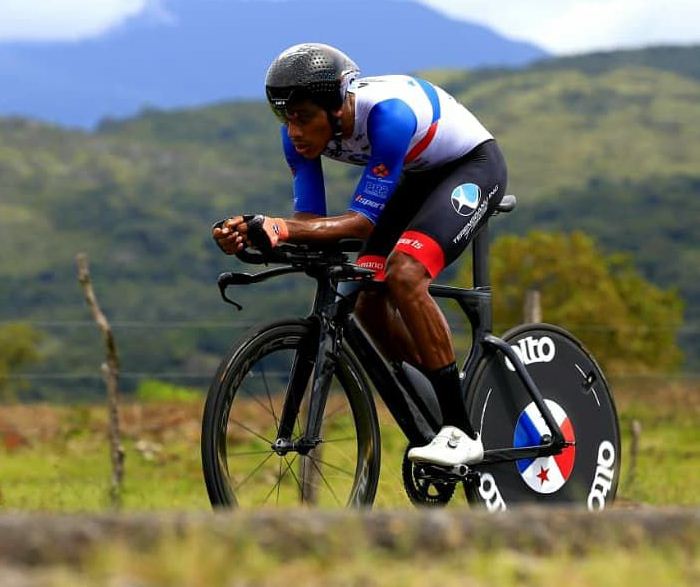 Once again, the Panamanian cyclist Christofer Jurado showed that at the moment there is no one to fight him at the Central American level in the individual time trial modality and with a devastating step he managed to win this Thursday in the third stage of the XL Vuelta Ciclística a Chiriquí.

The Chorrerano Jurado (Aeronaval) completed the 32.7 kilometers of route between the Weights and Dimensions facilities and the Caldera crossing with a time of 44 minutes and 47 seconds.

Gabriel Rojas, U23 runner of the Costa Rican National Team, came second 1:19 minutes behind the winner and third was the Creole Franklin Archibold (National Team – Claro Panama) with a time of 2:31 minutes.

Jurado, 25 years old, managed to recover the yellow leader’s shirt that he had lost in the previous stage precisely against Rojas, who took 1:16 minutes. Third is Archibold, defending champion at 3:06 minutes and fourth Bryan Salas (7C – CBZ Economy Costa Rica).

It is worth mentioning that Jurado had already been crowned National Champion and Central American Champion of this modality. He also prevailed at that stage during the 60th Vuelta a Guatemala held last month.

The penultimate stage must be run on Friday, a 124-kilometer mountain-profile stage that will start from the city of David, will cross the sectors of San Lorenzo, Dolega, Boquete and will end in Alto Jaramillo. During it he will have two intermediate prizes and three mountain prizes.