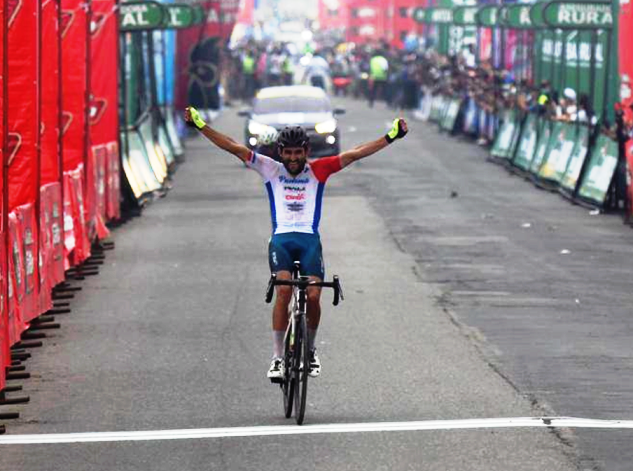 Panamanian Roberto González won the second stage of the 60th Cycling Tour of Guatemala, after beating Guatemalan Leonardo González, in the last section of the start that began in Monjas, Jalapa and ended in Barberena, Santa Rosa.

González finished with a time of 4 hours, 3 minutes and 28 seconds. The second place was Leo González, 4 seconds away and the third place for the Panamanian Gabriel Espinoza, 40 seconds behind the winner.

But the Panamanian also snatched the leader’s sweater from the Guatemalan Julio Padilla, from Ópticas Deluxe. In the individual general classification he adds a time of 7 hours, 42 minutes and 11 seconds.

During the stage, two leaks were registered, in the first one was the group made up of Esdras Morales (GUA), Cristian Pita (ECU), Fredy Toc (GUA) Dorian Monterroso (GUA), Miguel Rodríguez (ECU) and Juan Rosales (MÉX) , who jumped from the peloton at kilometer 80.

Among them the leader Julio Padilla, however, before the first mountain prize, located at km 68 El Progreso, Jutiapa, he was left behind and although he rejoined the leading group when there were about 30 kilometers to go to the final goal, he did not reached and entered behind.

Despite the great effort and having kept more than 50 kilometers on the run, the escaped group was neutralized by the peloton near the third flying goal, at km 130.

However, about 20 km to the finish line, a trio of runners made up of the Guatemalan Leonardo González, the Panamanian Gabriel Espinoza and the Mexican Ignacio Prado jumped, reaching a difference of 2 minutes and 5 seconds over the pursuing peloton.

The competitors were also affected by a heavy rain that fell shortly before the end, although no accidents were recorded.