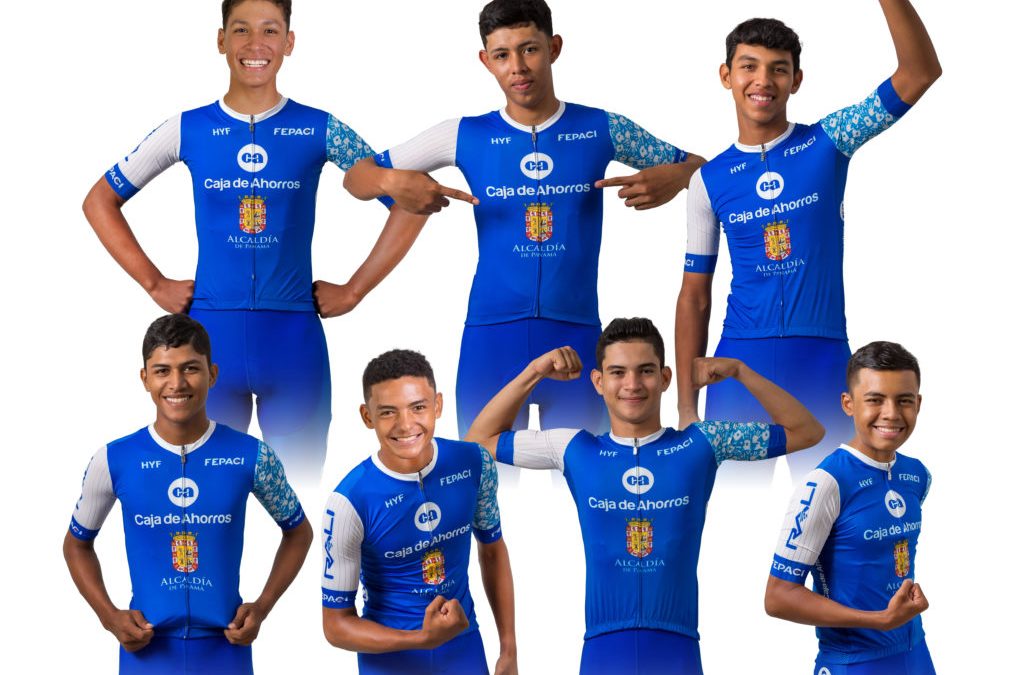 Panamanian cycling continues to take giant steps, this time the Panama squad that became the first Youth Team to participate in the old continent. After the agreement signed between the Panamanian Cycling Federation and the Royal Spanish Cycling Federation, Panama will start on June 23 in the Vuelta al Besaya 2022.

The 35th edition of the Vuelta Ciclista al Besaya will be held with a total of 28 participating teams, 24 of them nationals from 12 Spanish autonomous communities and four other international teams: Colombia, Portugal, Belgium and Panama.

“For us it is an honor to take part in a race of such great magnitude as the Vuelta al Besaya, here only the best youth teams compete and we are part of this. There will be 4 very complicated stages, nobody will leave anything to fate, here it’s time to give everything from kilometer zero. We are preparing for that and I am sure that we will leave the Panamanian colors high” commented Felipe Chan, member of the Jr.

The 7 boys that make up the list are: Alexander González, Kevin Almanza, Owen Herrera, José Morales, Josué Solís and completed by Josué Jiménez and Felipe Chan who were already in Iberian lands campaigning with their Spanish teams. They will be under the direction of Rodolfo Flores and Fernando Orjuela.

Rodolfo Flores: “We were studying the stages, the boys recognized some. It’s not easy but our youth are prepared for this and more. We already had our days of adaptation, they are ready to take part. Felipe Chan arrived 3 days ago to join the team, we were able to train all together. If for me this is a dream come true, I can’t imagine the emotion that the boys must feel, this surpasses everything.”

For the Panamanian Cycling Federation, this is the result of great work, participating in the most significant Junior event in all of Europe, La Vuelta al Besaya 2022, the same one that has seen great figures such as Chris Froome, Alberto Contador, Luis León Sánchez, Enric Mas or “Canalero” Christofer Jurado himself, who completed the podium of said event in 2013.