Per Strand Hagenes is the new junior universal route holder 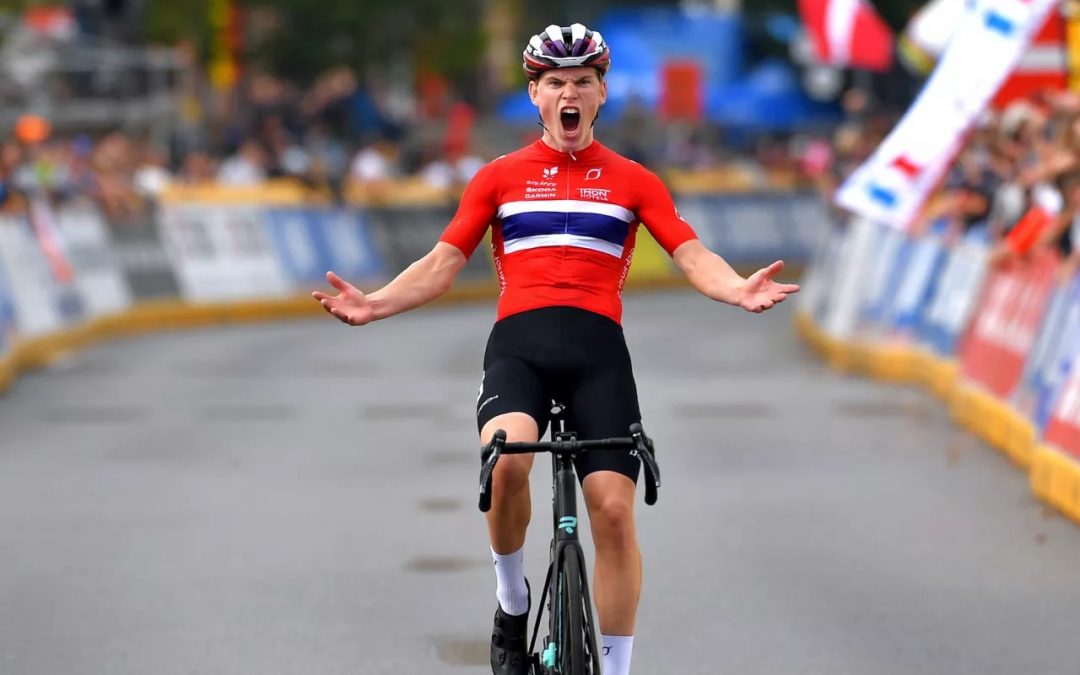 With his victory this Friday in the youth road race at the World Road Cycling Championships in Leuven, Per Strand Hagenes made history as the first Norwegian to win a junior rainbow jersey.

The 18-year-old achieved a solo victory at the end of eight laps of a technical tour around the city of Vlaams-Brabant, beating Frenchman Romain Grégoire on the line by 19 seconds after a late attack.

After the race he expressed to the accredited press that he was happy to be a creator of history. “We talked about it when we took the tour again yesterday and we knew that the best result we had ever had before was seventh,” Hagenes said.

“We had the objective of improving that result, but we knew we were a strong team and we managed to take the victory, so it is good to do a bit of history.

“We had a plan which was to attack where I did and take the last corner in second or first place and attack on the climb. If it was a sprint, then we would race for Stian Fredheim and the other guys, ”argued the young Norwegian.

With 5.6 kilometers to go, Hagenes unleashed a long acceleration and advanced to the finish after no pursuer was able to bring him back. He thanked his teammates for his work from the beginning of the race.

For America, the best placed in this test were the Americans Colby Simmons (15th place), Cole Kessler (26th) and Artem Shmidt (29th), while the Brazilian Víctor Paula was in 56th, the Canadian Michael Lenard in 61st, the Mexican Isaac del Toro in 79 and Colombian Brayan Molano in 89.