Pidcock won the mythical Alpe D´Huez; Nairo is still in the fight 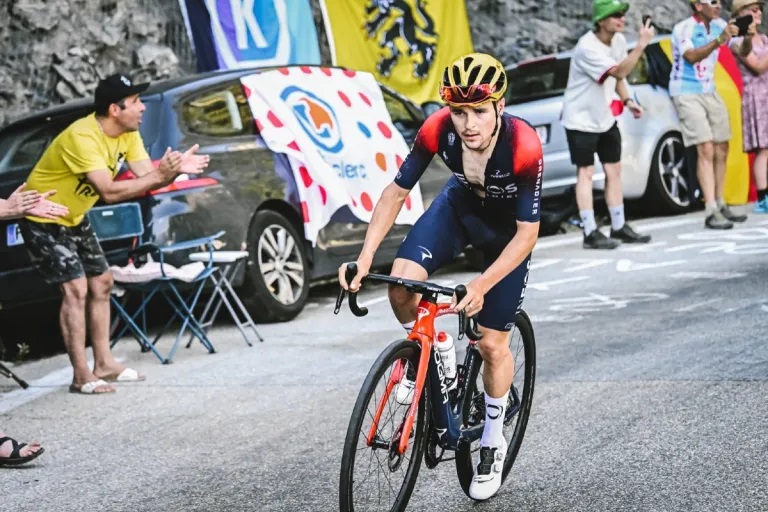 The British Tom Pidcock gave his club Ineos Grenadiers the first victory in the 109th edition of the Tour de France by winning in the twelfth stage, where the best for America was again the Colombian Nairo Quintana with 14th place while he descended to sixth seat in the individual general.

Pidcock conquered the legendary Alpe D’Huez and took his first victory in a major, rising to eighth place in the French round. At 22 years old, the young English runner surprised by winning over 165.1 kilometers between Briançon and Alpe D’Huez, one day after losing more than 10 minutes on the climb to Col du Granon.

Among the favorites for the title, the Dane Jonas Vingegaard (Jumbo-Visma) successfully defended his leadership against the constant attacks of the Slovenian Tadej Pogacar (UAE Team Emirates).

For his part, Nairo Quinta, leader of the Arkéa-Samsic ranks, suffered on the third day in the Alps, losing the wheel of the favorites in the ascent to Alpe D’Huez, however, he recovered towards the end and minimized the losses against their direct rivals for the places of honor in the Tour de France.

“I have fought until the end. They have taken me out. The feeling is good, but they have a point, a pace more than me”, said Quintana at the end of stage 12.

The boyacence climber lost one place in the general classification and is now sixth. “I think we came out of the Alps well, we continue to work well. One day one falls, another day another falls. We hope it was my bad day”, added the Colombian runner.

Despite losing time, the “beetle” continues to be encouraged to continue fighting for a place on the podium, from which he is 1’32 “. “It was good to have taken a few seconds on the rivals yesterday. I felt good. But today I suffered because it was a much faster pace,” Quintana added.

Likewise, he referred to the new opportunities that he will have in the high mountains of the Pyrenees. “We hope to withstand the heat well and that it will be a good third week for us,” concluded the rider from Boyacá.

This Friday the ‘Grande Bouclé’ says god to the Alps and will continue towards the Massif Central with stage 13, a 192.6-kilometre journey between Bourg d’Oisans and Saint-Etienne, in a mid-mountain day with a slightly sloping end.