PODIUM FOR DANIELA ATEHORTÚA ON THE DUBAI TOUR 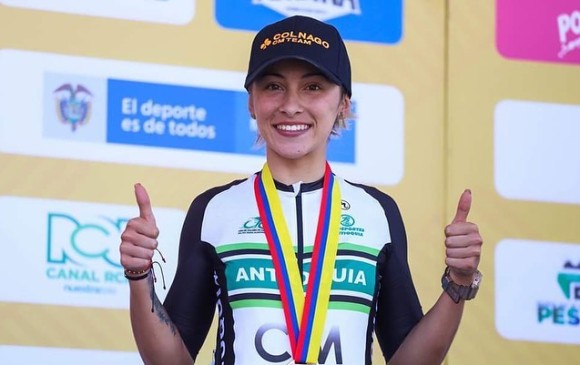 The Colombian cyclist Daniela Atehortúa had a brilliant performance this Wednesday during the third stage of the Women’s Dubai Tour that is played with the presence, for the first time, of a purely Colombian team, sponsored by Colnago CM in which six runners are listed. With this, the cyclist ascended to the fourth seat of the test and gets into the fight for the title, since she is 18 seconds behind the leadership and also leads the General Individual for Young with 16 seconds of advantage over the Italian Anastasia Carbonari.

Atehortúa, a native of the municipality of El Carmen de Viboral, Antioquia, fought to win the penultimate stage of the race, between the towns of Wadi Hatta and Hatta Dam on a 90-kilometer course.

In the end, he finished in second position behind the Minskcycling runner, Tatsiana Sharakova and ahead of Lucy van der Haar, who completed the podium of the day.

The Colombian team Colnago CM fulfills a notable participation since in the fraction of Tuesday, Katherin Montoya had appeared in the top-10 of the stage, being ninth with the same time of the winner and was located 20 seconds away from the lead.

Recently, and next to Cotharan Lina Marcela Hernández, Daniela Atehortúa had made the 1-3 for Antioquia in the National Under-23 Championship held in Boyacá.