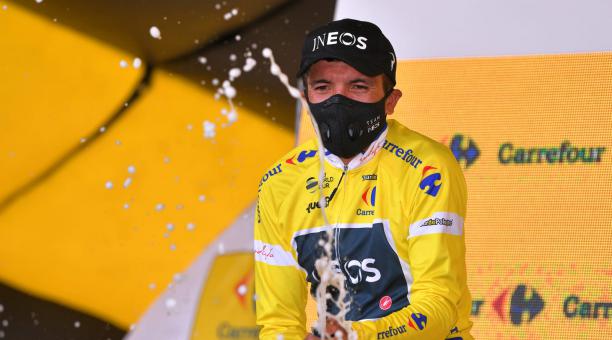 Richard Carapaz was the great protagonist of the third stage of the Tour of Poland. The Ecuadorian crossed the finish line first and stayed with this phase that was played between Wadowice, the test where Pope Juan Pablo Segundo was born, and Bielsko Biala.

This 203.1 kilometer route had important ascents, where the carchense rider showed his best performance. Carapaz is a specialist in ascents, although the route was not clearly mountaineering. His triumph also allowed him to climb to first place in the general table, escorted by the Polish Kamil Gradek and the Slovakian Luka Mezgec.

In the absence of two stages, the outlook for Carapaz is favorable. This Saturday he will have the opportunity to consolidate himself on a route in which he is a specialist. The tour will be mountaineering in the town of Bukowina Tatrzańska. It will have a distance of 173 kilometers. Carapaz registered a time of 5: 04: 54.39 and in the general ranking accumulates 13:02:36.

This Friday, August 7, it was also one of the best sprinters with a movie finish at the finish line. He crossed the line with pressure, because behind were his opponents. The winner of the 2019 Giro d’Italia showed a better performance than in the Vuelta a Burgos, where he could barely reach sixth place. Now the challenge is to achieve a place on the podium and that this experience serves as a preparation to revalidate the title of the first great of the World Tour.

This is the first leadership that he has achieved since he joined Team Ineos, so the British managers celebrated it through their social networks.