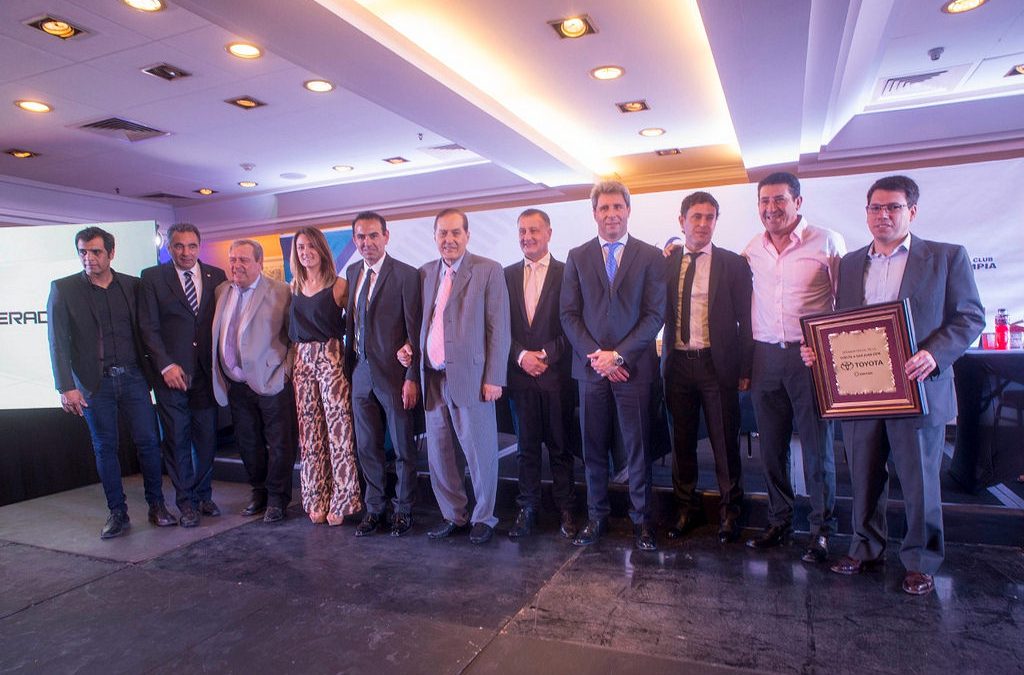 BUENOS AIRES. The governor of San Juan, Sergio Uñac, led the official presentation of the 37th edition of the emblematic Vuelta a San Juan, in its third international presentation. The event was held in Buenos Aires and featured an artistic show, the exhibition of a video that showed landscapes of San Juan and the warmth of its people and the welcoming words of Mario Daniel Sabato, Argentine journalist and chain cycling reporter ESPN.

The Vuelta de San Juan occupies a transcendent place in the sport calendars, it grew and it was surpassed every year, becoming a classic of the world-wide cycling. It is the most inclusive and participative tour of recent years and again San Juan will be dressed in passion and cycling for a week, with the participation of the best competitors in the world.

The provincial president, in his speech highlighted the relevance of the competition and the positive impact it will generate in the province: “This is much more than a sporting event, it is also a cultural event that impacts the heart of the sanjuaninos and that is also an opportunity to show San Juan, allowing the sport to be an ambassador to invite many Argentines and many tourists from other countries to visit us”.

Uñac also highlighted the level of competitors that will feature the 37th edition of the emblematic competition: “It is a pride that cyclists like Peter Sagan, Mark Cavendish and Fernando Gaviria, among others, can be in the province of San Juan and almost certainly Nairo Quintana, one of the world’s leading figures of the activity, will also participate in the competition”.

Finally, the governor expressed his gratitude to all the actors whose joint work makes possible the realization of this international sporting event: “We still need to thank you from the bottom of your heart and tell you that we are waiting for you in San Juan. It is true that it is a little hot in the summer but it is the ideal environment to develop this sport discipline that will also have a difficult to find in other parts of the world, since the passion of San Juan offers a unique seasoning in the world”.

On Saturday, February 2, the Circuit San Juan Villicum will be the scene of paracycling, where you can see the hand bike and tandem competitors, who will turn and enjoy the show at the race track.´

The table of authorities was conformed by Sergio Uñac; the national senator Julio Catalan Magni; the Secretary of State for Sports, Jorge Chica; the presidents of UCRA, Gabriel Curuchet; of the Sanjuanina Federation of Track and Road Cycling, Juan José Chica, and of the Olimpia Club Pedal, Juan Pacheco. Also present were the CEO of the 2018 Youth Olympic Games, Leandro Larrosa; the Olympic cyclist Juan Curuchet; and Daniel Herrero on behalf of Toyota Argentina, main sponsor of the competition. (Press Copaci / www.sisanjuan.gob.ar)