President of Copaci congratulates Egan Bernal on his birthday 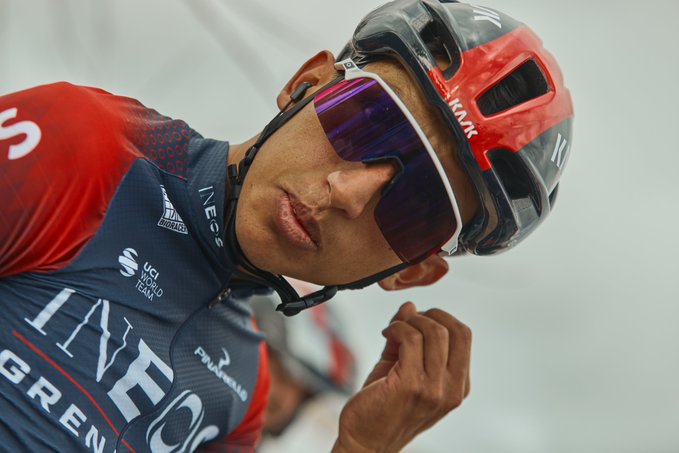 With an invitation to participate in the centennial celebration of the Pan American Cycling Confederation (COPACI), the head of this entity, José Manuel Peláez, congratulated Colombian cyclist Egan Bernal, who turned 25 on January 13 and is today considered the best road cyclist on our continent and one of the highest in the world.

In his message on the official page, Peláez recalls the times that he has been able to greet him and recalls some of the main titles achieved in a quarter of a century of life by the rider born in Zipaquirá, who rides today for the Ineos Grenadiers team until 2026, as reported by the club in recent days.

Below is the full message from the President of Copaci:

Although I have had the opportunity to see him grow as a cyclist since he decided to change his Communication and Journalism studies for cycling, Colombian Egan Bernal celebrated his first 25 years of life on January 13 and all his successes are shared by the Pan American Confederation of Cycling (COPACI), honored to congratulate you again on your birthday.

From Zipaquirá, where he was born, Bernal has conquered the hearts of all cycling lovers through his sporting quality. Beyond winning the 2019 Tour de France at the age of 21 or the Giro d’Italia in 2021, having renewed just a few weeks ago with the Ineos Grenadiers team, or being considered by some to be the most successful Colombian cyclist, the young Bernal stands out for his discipline and perseverance from the first training.

The times that I have been able to greet him, I have reiterated that COPACI would be honored by his presence in our championships. I take this opportunity to invite you to participate in the celebration of our centenary next April in Uruguay. Many congratulations again. Hugs from America, from the cyclists, coaches, commissioners and federations that we represent!