PRESIDENT OF THE CYCLING FEDERATION: “THE QUANTITY OF ICT CYCLISTS THAT GAVE POSITIVE WAS AN EXAGERATION” 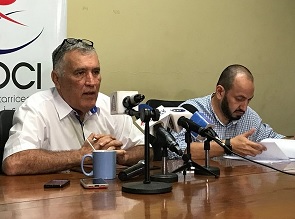 SAN JOSE. The sanction of the pedal rider Juan Carlos Rojas for eight years, imposed by the International Cycling Union (UCI), did not leave any kind of mixed feelings for the current president of the Costa Rican Cycling Federation (Fecoci), Juan Manuel González.

The head of the Fecoci said that all cyclists who make the decision to use banned substances must abide by the consequences. At the same time expressed that it is a warning for the members of the national squad.

“It’s a great triumph for cycling (the penalty). It is precisely what we want for this sport, that all athletes can compete on equal terms and not using improper things. We must appeal to good repute and fair play in our discipline, “said González.

The president of the entity that governs the tico cycling, indicated that it was necessary to apply a strong hand and strict controls, before the wave of cases that had been taking place in our country and that were harming the environment of the pedals.

“In previous years the UCI released a report in which it was specified that 109 cases of adverse analytics had been discovered around the world, of which 54 were from the Americas and 19 of them corresponded to our country cyclists who tested positive was an exaggeration, it was an epidemic, “González added.

Juan Manuel explained that so far the UCI has not released the results of the doping tests in the Vuelta a Costa Rica in 2018, although they are clear that they were stricter when applying 25 urine and blood tests, while the UCI also he did a control of 40 tests, 28 of blood.

“What follows now is to educate the coaches. In addition, new instructors must be promoted so that they can work with cantonal sports committees and can count on all aspects of talent training and detection, “González said. (nacion.com)