PRESIDENT OF THE DOMINICAN REPUBLIC MAKES EXIT OF HONOR 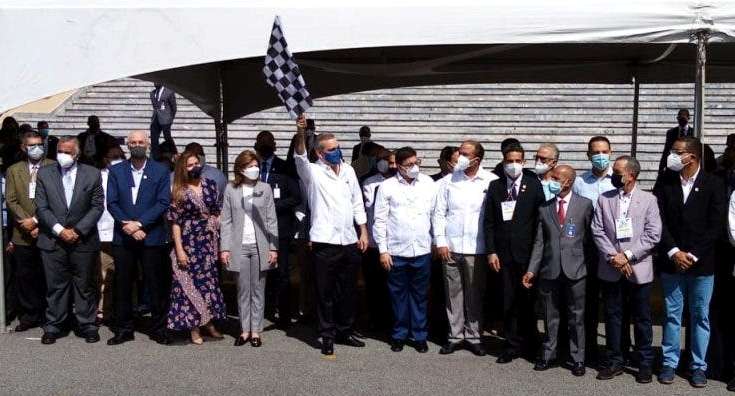 He did it around 11 a.m. and became the first president to inaugurate the important cycling turn since Leonel Fernández did it in 2008.

“I wish everyone the best of success in this competition,” said Abinader, in a few words after giving the baptism at the event.

During the event he was accompanied by the vice president, Raquel Peña, as well as the Minister of Sports, engineer Francisco Camacho, who was precisely in charge of the welcoming remarks.

During his remarks, Camacho highlighted the effort made by the Dominican Cycling Federation to carry out this 42nd version of the Vuelta, precisely in this difficult time that we live today.

On his side, Jorge Blas Díaz, president of Fedoci made a presentation of what will be the fair and thanked Samuel Pereyra, Administrator of BanReservas, for the effort once again.

“Pereyra at the head of the country’s banking entity has been the main protagonist for a series of important events to take place such as baseball, soccer and more now cycling. 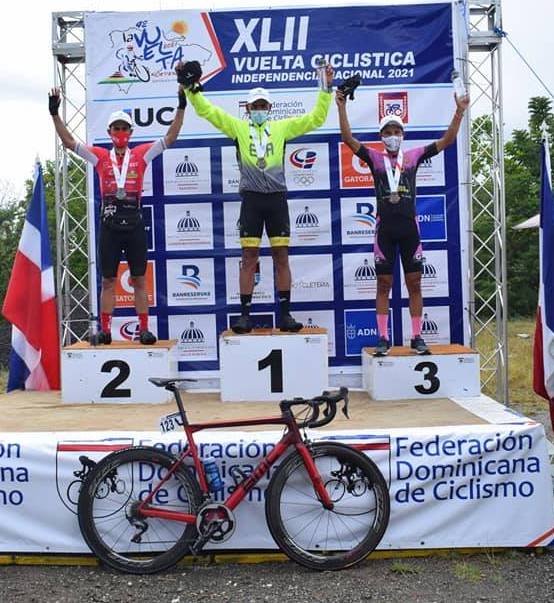 Geovanny García became the winner of the initial stage of the 42nd edition of the Vuelta Ciclista Independencia this Monday, after successfully raising his arms in the event that had a Santo Domingo-Baní-Santo Domingo route.

García, a great elite competitor, member of the national team representing the EDA Cycling Team, had a great day throughout the competition to emerge triumphant in this test that had a route of 156.5 kilometers.

With his victory, now there are eight Dominicans who dominate the stages in the Independence Cycling Tour, since last year each of the seven were obtained by Quisqueyanos.

During a long stretch of the competition, Garcia almost always stayed in the initial squad, forming a great strategy with the other members of the EDA, saving enough energy to attack at the most precise moment of the competition.

It was like this when he did it and this allowed him to arrive in the first position to the goal, after registering a time of three hours: 23 minutes and 47 seconds, with Julio Padilla, from FECC, occupying second place, Yurgen Ramírez, from Venezuela País del Futuro was third; the fourth corresponded to Steven Polanco, from Inteja.

After being successful, García registers 25 points; Padilla adds 20; Ramirez 16; Polanco 14 and Borstelmann has 12.

The team with the best collective time was Venezuela Country of the Future, which accumulated 10: 15; 04; the second is occupied by Voler Factory Team USA at 3:47, tied with Inteja, the Eda Cycling Team is third at 3:53 as is Romana.

The first intermediate sprint was conquered by Adrian Núñez, from Inteja and Erizon Peña was second. The second was also achieved by Núñez with Frankel Rodríguez in second, while Michael Johnson of ACT emerged triumphant in the third with Franklin Chacón in second. Núñez leads the intermediate sprints with 6 points.

In the stage there were three mountain prizes, Alex Julajuj obtained the first and second mountain days, with Joel García in second and Daniel Estévez obtained it in second position and Jonathan Ogando came out triumphant in third with Julajuj in second, the latter dominating the mountains with 14 points and Ogando is second with 5.