President of the UCI pronounces on the case of Nairo Quintana 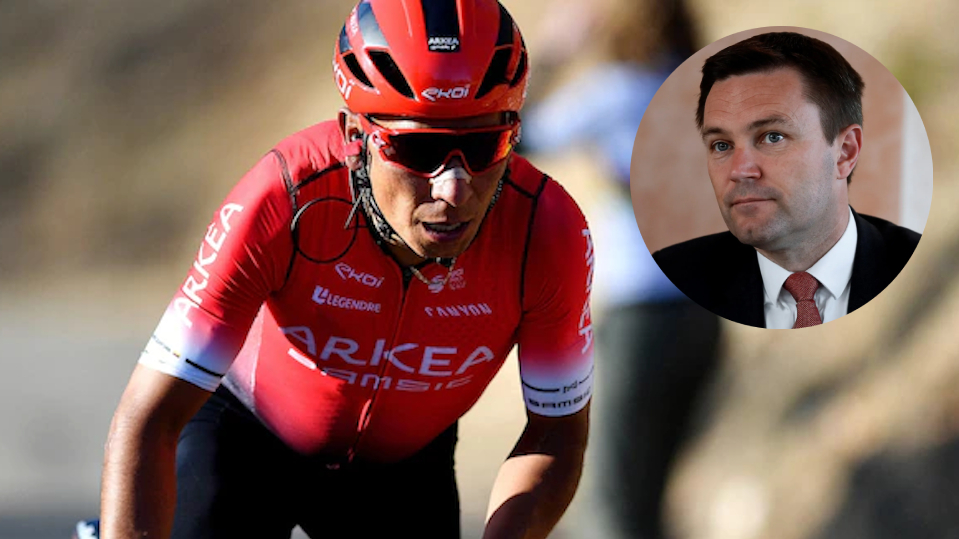 The case of Nairo Quintana is already in the hands of the Court of Arbitration for Sport (TAS), in the midst of an appeal from the cyclist for having been disqualified from the 2022 Tour de France and a possible sanction, due to the presence of tramadol in two blood samples dry.

Although said substance was not included in the list of prohibited by the World Anti-Doping Agency (AMA), it has been known that it will enter, although this decision has been postponed to start its validity in 2024.

This situation has made Nairo Quintana earn certain enmities in the world of the cyclist, within the elite squad and also in management positions. Recent events indicate that David Lappartient, president of the International Cycling Union (UCI), is in favor of putting the Colombian as the first example of a sanctioned person.

Speaking to AFP, the head of the body celebrated the new categorization of tramadol: “We have been asking for it for a long time, we have always pressed for it and we are glad that the decision has been made (…) This substance is dangerous and has risk of drowsiness, loss of reflexes, especially when going down hills. But we also know that it is an important analgesic and, on a bicycle, one of the factors that limits performance is pain. So we are happy that it has been done this.”

Referring specifically to Quintana’s almost, Lappartient went straight to accusing the boyacense of having used tramadol repeatedly: “You have the right to appeal the decision, so I have no comment on it; however, we have been able to find tramadol in two stages different. That’s not just one, that’s two. When you know that tramadol wears off very quickly, then it can’t be that it was only taken once,” he theorized.

Finally, he added arguments to his hypothesis to make Nairo look bad: “The cyclist affirms that he never took tramadol, but tramadol is not something that you produce yourself and, if you have tramadol, it does not come directly from your body. We have been able to find tramadol twice, so we’re pretty sure and our arguments when we made the decision to ban tramadol will also explain why.”

In any case, it will be the TAS that will resolve the conflict between Quintana and the cycling organization, taking into account that the substance had not been prohibited at the time of the alleged use, that the blood tests were obtained in irregular situations and that The cyclist was never called to give releases about the alleged use of tramadol.