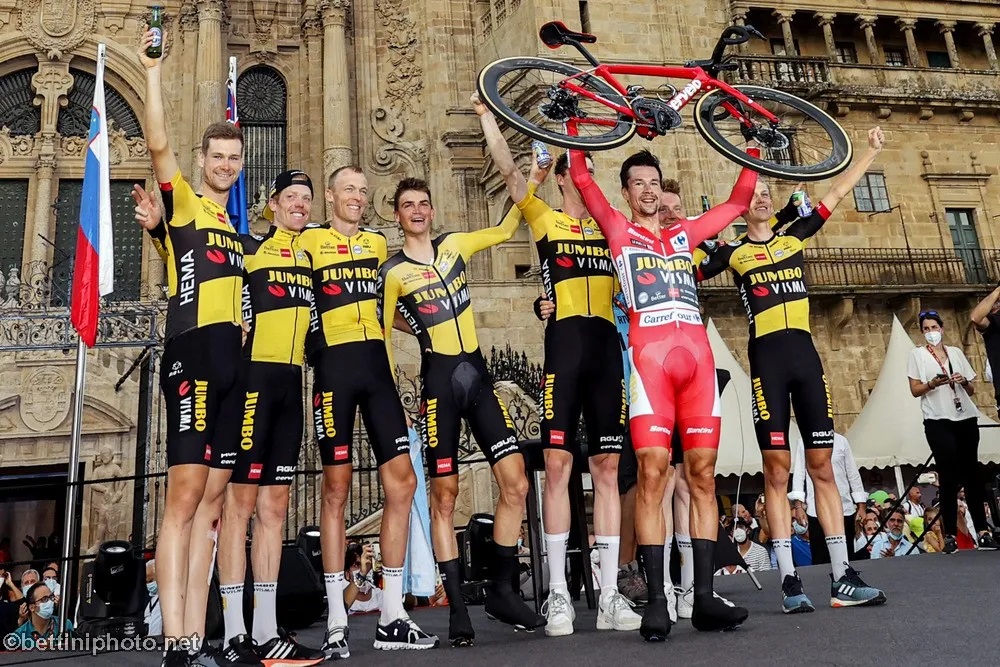 The Slovenian Primož Roglič managed to dominate the Tour of Spain for the third time in a row, after winning without problems this Sunday the final time trial in Santiago de Compostela on a route of 33.8 kilometers, while the best for America was in charge of the Colombian Egan Bernal , sixth in the individual general.

The Olympic champion of the modality, was intractable in the fight against the chronometer, registering a time of 44.02 minutes, at an average of 46.056 km / hour ahead of the Danish Magnus Cort Nielsen (EF Education-Nippo) and the Dutch Thymen Arensman (DSM). The Colombian Bernal had an outstanding presentation entering sixth at 1:49 of Roglic.

The Slovenian showed all his superiority and prevailed in a resounding way in this 69th edition. The Jumbo-Visma runner achieved four wins. “I tried to focus on the stage win. It’s unbelievable, it’s crazy. Sometimes you earn a lot, sometimes very little. But as long as you can win, it’s good. I am not focusing on numbers and statistics, I just go from day to day. I like to do my best and I definitely enjoy it, ”said Roglic, after his masterful performance.

Egan Bernal closed the Tour of Spain running without pressure and setting an excellent time. In the end, he finished among the best figures of the day with 45 minutes and 51 seconds

The winner of the 2021 Giro d’Italia, finished sixth in the classification of the Iberian round, with a performance full of ups and downs, although it went from less to more. “It is learning not to give up, to know that there are good days and bad days. They were 21 days of learning, fighting against myself more than anything, ”said the Ineos Grenadiers runner.

One of the memorable moments that the young wonder left in the Vuelta was his attack 60 km from the finish line in the Lakes of Covadonga, which was not enough to take advantage of the favorites in the general classification.

“This year I regained the joy of riding a bicycle, from the Giro where I was able to run as I like and also in this Vuelta,” added Bernal, who demonstrated his champion breed by going out with his head held high despite the innumerable adversities that arose. They presented him during these 21 days of competition.

Likewise, he was reflective and emphatic on the subject of learning, where he had the opportunity to run differently despite not being at his best level. “I keep learning every day, the fact of knowing how to suffer and not give up. You learn a lot from coming from winning the Giro to suffering in a group of 30 riders ”, concluded the one from Zipaquirá.