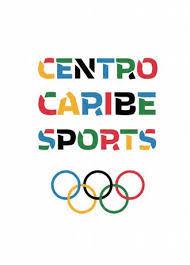 The information was released by Luis Mejia (DOM), President of the regional sports organism, this Monday, November 16.

Centro Caribe Sports received until the 15th of this month, the deadline, the applications from the cities of Mayaguez, Puerto Rico and San Salvador, El Salvador, with the interest of mounting the XXIV Central American and Caribbean Games to be held in 2022.

President Mejia reported the temporary appointment of Jimena Saldaña (MEX), 1st Vice-President of the organization, as President of the Future Venues Commission, on the grounds that the incumbent, Sara Rosario (PUR), President of the Puerto Rico Olympic Committee, has an application through the city of Mayaguez.

The regional sports organism opened the application process to their member countries on September 1 until November 15, after Panama withdrew their commitment to assemble the Games last July.

During the course of this week, the Future Venues Commission will begin the evaluation of the applicant cities to present a first report to the Executive Committee of Centro Caribe Sports next Saturday, November 21, in the afternoon.