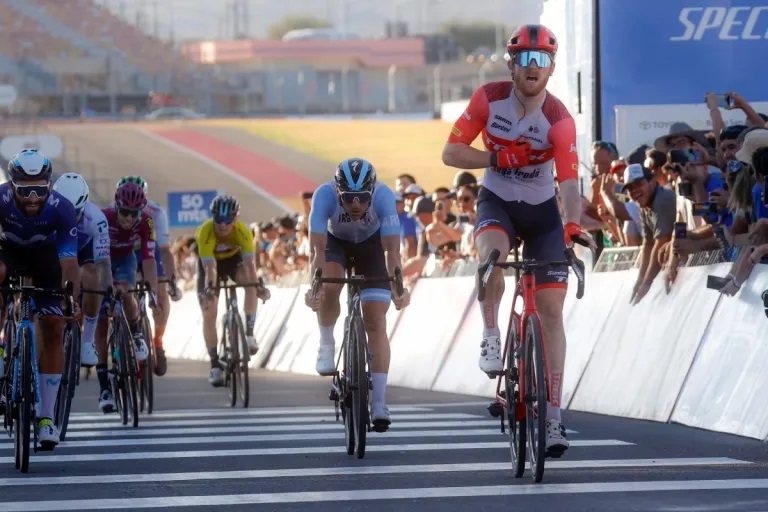 The American Quinn Simmons (Trek – Segafredo) took a spectacular victory in the third stage of the Tour of San Juan, after traveling 170 kilometers arriving at the Villicum Autodrome, a day in which the Irishman Sam Bennett (Bora-Hansgrohe) He kept the leadership of the race for the third consecutive date.

The segment began at the San Juan Villicum International Circuit, with the 146 cyclists who continue to compete and a panorama of great expectations due to the few differences between all the candidates for the final victory.

With 38 km to go, the majority peloton, where all the UCI World Tour cyclists were riding, neutralized the break that had started from the very beginning of the competition and there was the expectation of knowing who would jump to find a difference or if, simply , they would ride to Villicum to define massively as happened in the previous stage.

The reality was that they maintained the modality of previous stages, where all the candidates wait for the final kilometers to try to win the stage in the final sprint.

Before entering the circuit, it was the Italian Simone Bevilacqua who surprised everyone, but that action lasted until he reached the opposite straight where he was hit and there, once he had left the Panoramic grandstand sector, in a tremendous effort, Quinn Simmons , from Trek – Segafredo, came out with great power, defending the position against the onslaught of Argentine Maximiliano Richeze (second), from the Argentine National Team, and Sam Bennett (third), from Bora – Hansgrohe.

The North American’s victorious action occurred in the last 500 meters, when he surprised his rivals with exceptional acceleration and was enough to reach the finish line first ahead of the peloton.

Bennet continues as the leader, now alone, of the general classification, with a six second advantage over Fabio Jakobsen, eight seconds over Fernando Gaviria, ten seconds over Giacomo Nizzolo.

This Wednesday the fourth stage of the San Juan round will be held, which will take the San de Juan Villicum riders to Barreal along 196.5 kilometers, with three mountain prizes, two third and one first category, in addition to 2 intermediate sprints.