QUINTANA, FROOME AND DUMOULIN ARE MEASURED AT THE CRITÉRIUM DEL DAUPHINÉ THINKING AT THE TOUR OF FRANCE 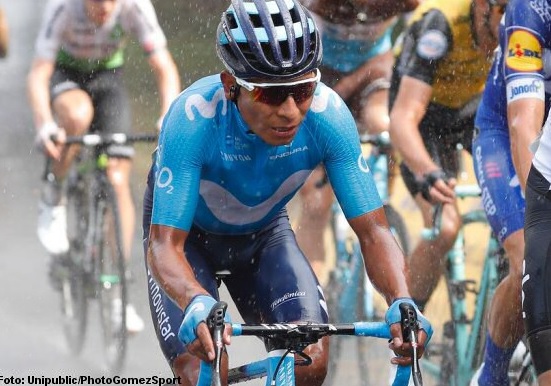 MADRID. The British Chris Froome (Ineos), the Colombian Nairo Quintana (Movistar) and the Dutchman Tom Dumoulin (Sunweb) will measure their strength in the Critérium del Dauphiné from this Sunday until the 16th, a general rehearsal for the Tour de France that will start the July 6, Brussels.

The 71st edition of the Dauphiné Critérium will not count on the final winner of the race and the Tour, the British Geraint Thomas, who has preferred to refine his form in the Tour of Switzerland, but receives a list of runners that guarantee a level of luxury, with Froome at the head of the Ineos and ready to conquer a fourth title that drives the fifth of the Tour.

From Aurillac to the Swiss city of Champéry after eight days of racing there will be a fight between the greats. The duel between Froome and Quintana is presumed attractive, but there will be many more candidates for the triumph, among them the French Bardet and Pinot, the Danish Fuglsang and the British Adam Yates. They will be the protagonists in the planned battle in the Alps.

Movistar trusts Nairo Quintana, motivated and willing to show his powers for the Tour. The Colombian will be protected in the French test by a team consisting of Imanol Erviti, Rubén Fernández, Nelson Oliveira, Eduardo Sepúlveda, Rafa Valls and Carlos Verona.

In the fight for the stages there will be ground for all and the Dauphiné will have references like Julian Alaphilippe, Philippe Gilbert, Wout van Aert among the “auctioneers” and as Colbrelli, Bennett, Bouhanni or Greipel for the arrivals to the sprint.

The Dauphiné presents this year a course that includes two undulating stages, two favorable for the sprint, a 26-kilometer individual time trial and three days of mountain, an ideal menu to test forces and sensations two weeks of the Tour.

To begin with, without truce. The first stage draws 5 ports in its profile, with the Roquenatou (2nd) to 18 kilometers from the arrival to Jussac. On Monday the peloton will open the week with stage of 8 ports, the last of them, Saint-Victor-sur-Arlanc (2nd) also to 18 of the arrival in Craponne-sur-Arzon.

After the relief of the third stage with a flat finish, where the sprinters could be released, the 26.1 kilometer time trial will arrive in Roanne on Wednesday. The challenge will not be easy, because halfway there is the climb to Saint-André-d’Apchon.

On Thursday, legbreaker route with a light finish at the top, where men like Alaphilippe will be able to shine, and at the weekend the alpine battles.

The sixth stage awaits with 8 difficulties, the last of them the Col de Beaune (2nd), 8 kilometers from the finish line of Saint-Michel-de-Maurienne, where a long day of 229 kilometers ends.

Nobody will be able to relax on the last day, with a shorter journey still, of 113 kilometers, but without respite. At the end the Col de Rives (1ª) and Champéry (3ª) like last obstacle before the goal. (esciclismo.com)

Stages of the Dauphiné Critérium 2019: