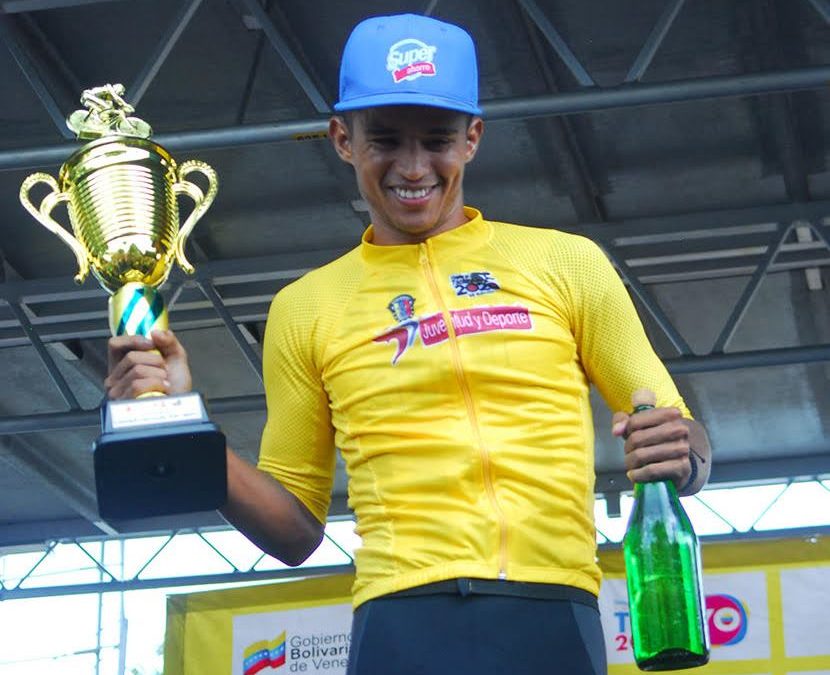 Roniel Campos, the one born in Nirgua, Yaracuy state, was proclaimed champion of the fifty-fifth edition of the Vuelta al Táchira accumulate a general time of 23h 53’12 ”

While the circuit of the Spain and April 19 avenues was won by the biker Leonel Quintero of the Venezuela Country Foundation of Futuro Fina Arroz Osorio Motos with a time of 2h 58’43 ”.

A stage that presented several leaks where the Government of Miranda through Jesus Villegas put a quick step when separating from the platoon but Luis Mendoza also pedaled at the Venezuela Country of Futuro Foundation, who placed emotion in the race.

After a great road work, Deportivo Táchira Super Ahorro celebrates its first title of Vuelta al Táchira champions, with the help of the experienced Omar Pumar, this Aurinegra squad writes its name in the history of the regional turn.

In this way, Jimmi Briceño, champion of the 2019 edition with the Inversiones Alexander´s team, gives Roniel Campos the first yaracuyano throne to conquer the Vuelta Grande de América in his 55 years.

On the other hand, the Costa Rican Kevin Rivera of Androni Giocattoli in the seventh stage with arrival at Cerro Cristo Rey was consecrated as champion of the Department of the Mountain.

The Colombian Juan Hoyos representative of the Team Gesprom of Colombia, the department of the fastest was proclaimed champion.

Leonel Quintero of the Venezuela Country of Future Foundation won the title of champion of the points department.

As for the classification of the teams, Deportivo Táchira Super Saver was left with the honeys of the victory by adding another champion title.

The Vuelta al Táchira, lowers the curtain and closes with a flourish by gathering large cyclists in a single platoon that left everything on a strong and short route that presented this cycling test, the most important in Venezuela.

All results can be found at: https://www.copaci.org/event/america-tour-vuelta-al-tachira/