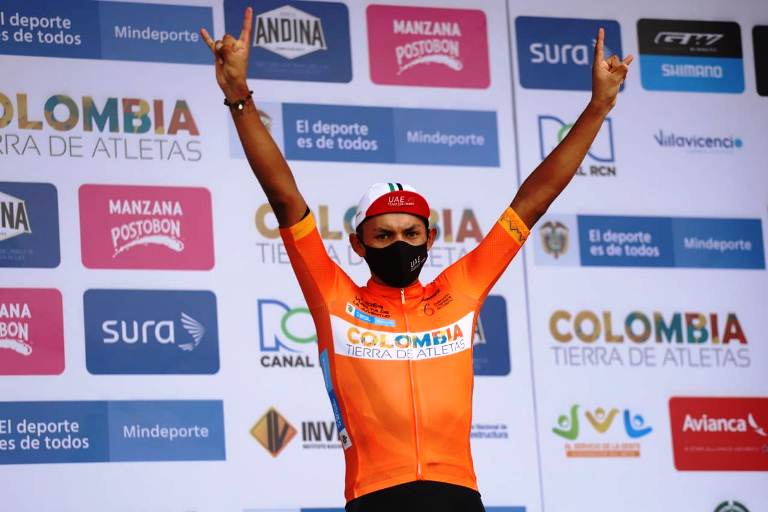 In a vibrant day, the Boyacá runner Rafael Pineda was left with the triumph of the first stage of the Vuelta de la Juventud Mindeporte 2020 and imposed the orange shirt that identifies him as the first leader of the race.

Full of emotions was the individual time trial with which the 53rd edition of the most important race for the youth category began. The 247 runners who took the game gave it all on the asphalt and had a real fight against the clock.

From the first minutes of the race you could see how moved the day would be. The first rider to set the best time was Álex Zapata (La Vega-A Tocancipá Mayor’s Office), who reached the finish line with a time of 32 minutes and 58 seconds, this young cyclist was occupying the first place for several minutes, until he arrived Adrián Bustamante (UAE Team Colombia), who beat Zapata with 32 minutes and 18 seconds, going to occupy the first position.

Minutes later, Diego Camargo (Colombia Tierra de Atletas-GW) crossed the sentence line, who registered 32:10 and went on to lead the test for a few minutes, as his teammate Germán Gómez set a time of 31:40 and moved Camargo to second place.

The UAE Team Colombia, a team led by Gabriel Jaime Vélez, was solid in the clock and to continue dominating the test placed Daniel Arroyave from Antioquia in second position. The current national champion of the category crossed the sentence line with a time of 31:42, placing himself in the second box, just 2 seconds behind his teammate Gómez.

To seal the good day and ratify the absolute dominance of the UAE team, Rafael Pineda from Boyacá stopped the timer with the same time as his teammate Germán Gómez and for only a few hundredths he went on to occupy the first position, relegating one box to his two teammates from squad and staying with the victory of the first fraction of the race.

In addition, his teammates Daniel Arroyave won the Special Sprint shirt, which is sponsored by the Mayor’s Office of Acacías, and Germán Darío Gómez the one from Montaña, sponsored by Cerveza Andina.

The podium was everything for UAE Team Colombia, which took all the honors on this first day and the responsibility to defend the leadership in the following days.

The second stage of the most important race for the sub-23 category will be held this Thursday, October 29 between the city of Villavicencio and the town of Puerto López, over a distance of 85.3 kilometers of route, in which the more than 240 runners who remain in the race will have to face three special sprints.