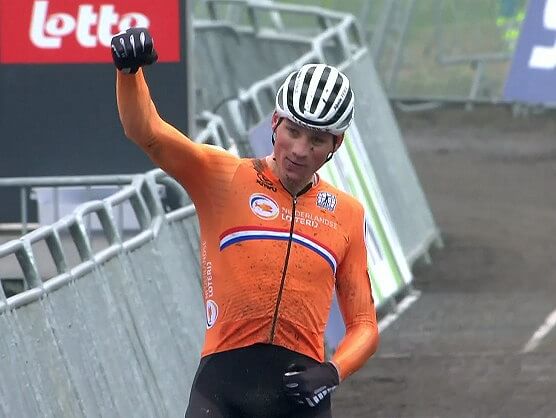 The Dutch cyclist Mathieu van der Poel (Alpecin-Fenix), four times world champion in cyclocross, will not be able to defend the title on the next day 30 in Fayetteville (United States) due to a back injury that prevents him from training and competing normally.

Following his recent return to racing, the 26-year-old Van der Poel has not found the necessary physical tone and both he and his team, the Alpecin-Fenix, have decided to take the runner’s extended rest to combat the injury.

“We want to guarantee the healing process and that is not possible if there are time constraints in view of a possible participation in the Fayetteville World Cup. That is why we have made the decision not to run in cyclo-cross this season,” says a statement from the team.

The goal now, the note says, “is not to start the season until Van der Poel has fully recovered from the injury.”

“At the moment it does not make sense to give a date for his return. We will only do it when possible,” he adds.

Van der Poel, winner of the Strade Bianche and of a stage of the Tour de France in 2021, among his eight victories on the road, has been battling his back discomfort since the middle of last year and the current medical advice goes through absolute rest .

In this cyclo-cross season he made his debut after overcoming a knee injury and has only appeared in 2 races, far from competing in both with the best.

“Due to that back pain I have not been able to reach the desired level since the Tour. I just want to recover and the only remedy is a longer rest period. It would be foolish to interrupt this period again to try to get to the World Championship. We are all here. Okay on that. Although it is very bitter, I have participated in the CX World Championships 10 times in a row, not being able to defend my title in the United States is a real disappointment, “he commented.