REPORTS FEMECI ALL READY FOR THE RIGHT OF CYCLING 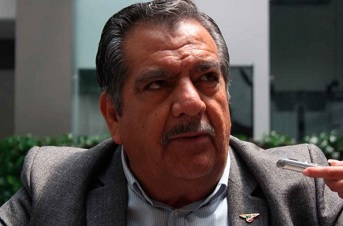 PACHUCA, HIDALGO. Edgardo Hernández Chagoya, president of the Mexican Cycling Federation (Femeci), announced that everything is ready for the activities of the Pan-American Ruta Hidalgo 2019 Championship, with the expectation that Mexico will win medals in the three participating categories: feminine, sub23 and manly elite.

“The expectations that I have are to have the three medals of the three events of the route and maybe one of the time trial, but those are my perspectives, being on the podium at least in four of the different tests,” he said.

On his arrival in Pachuca, the leader mentioned that there were already 19 national teams in Mexico, however, they expected the arrival of more than 20 for the day of the first competition.

Regarding the change of the route test in the male and sub23 elite, the manager considered that it will not affect, because it allows to centralize the competition in a single seat.

“The event will have a better boom because the development of it will be more centralized, and above all we will have everything here in Pachuca, which was what most interested us, that everything was done here, that all the teams are concentrated here and Pachuca will be broadcast as we want. “

On the other hand, Hernández Chagoya announced that the Pan-American is the “spearhead” to carry out more events of that category in Hidalgo, because of the competitive level that cyclists have.

“It is the beginning of a good trajectory of cycling events that we will bring to Hidalgo, we will agree, both with the institute (of sport) and with the state government to work and motivate, and have great results for Mexico with runners from Hidalgo, “he said. (elindependientedehidalgo.com.mx)