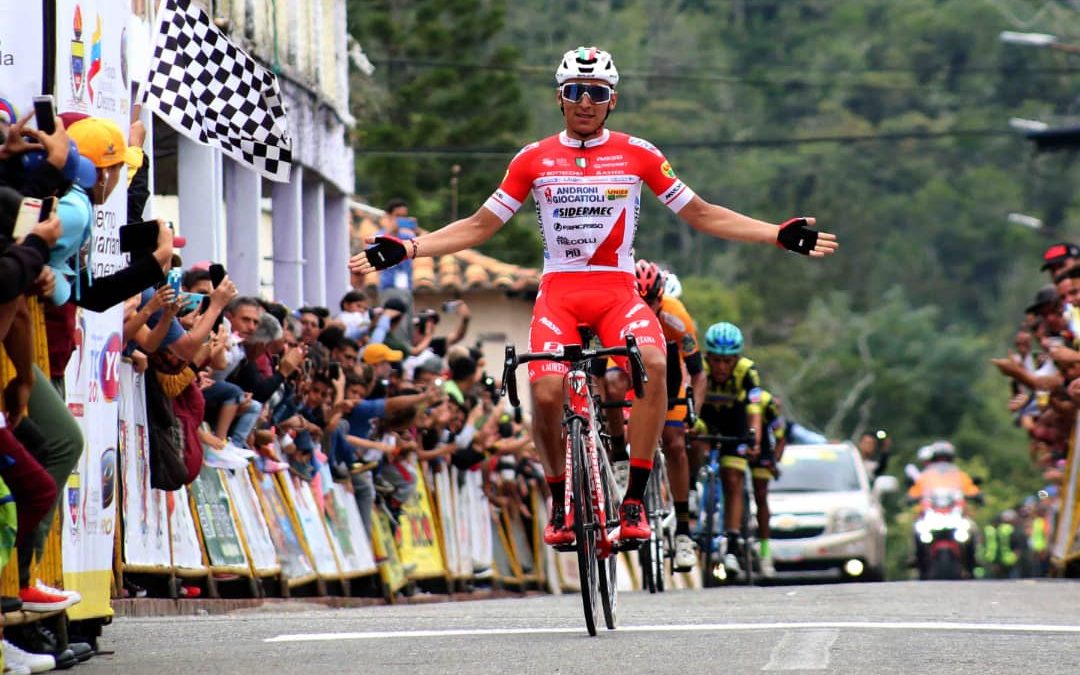 The Colombian Jhonatan Retrepo conquered this Thursday the fifth stage of the Vuelta al Táchira-2020, the main cycling competition in Venezuela, which premieres leader with host Roniel Campos.

Restrepo, part of the Androni Giocattoli-Sidermec Italian squad, completed a 107.9-kilometer route between the towns of Colón and Borota in three exact hours. It was the second partial victory for him in the Andean turn, because on Tuesday he had been successful in the third section.

The local Jhonatan Camargo, of the Lotería del Táchira team, crossed the finish line in second place and another Colombian rider and member of Androni Giocattoli-Sidermec, Daniel Muñoz, occupied the third square; overcome in tight auction.

Meanwhile, with accumulated time of 17 hours, nine minutes and 43 seconds, Campos moved from the top of the general classification to also local Jonathan Salinas, stripping him of the yellow leader jersey he had been wearing since Wednesday. Camargo escorts him, 12 seconds.

The best placed foreigner is the Ecuadorian Jefferson Cepeda (Androni Giocattoli-Sidermec), on the fifth step, one minute and 27 seconds from the pointer.

On the other hand, the defending champion, the Venezuelan Jimmy Briceño, continued climbing in the general, now placing himself in sixth place after being seventh in the stage.

The 55th edition of the Vuelta al Táchira, belonging to the calendar of the International Cycling Union (UCI) in America, runs in eight days until Sunday, January 19, with a total distance of 908 kilometers. The test has 88 cyclists, with visitors from Colombia, Ecuador, Italy and Costa Rica.

The sixth stage, an individual time trial between San Cristóbal and Palmira at a distance of 16km, will be played tomorrow Friday.

All results can be found at: https://www.copaci.org/event/america-tour-vuelta-al-tachira/