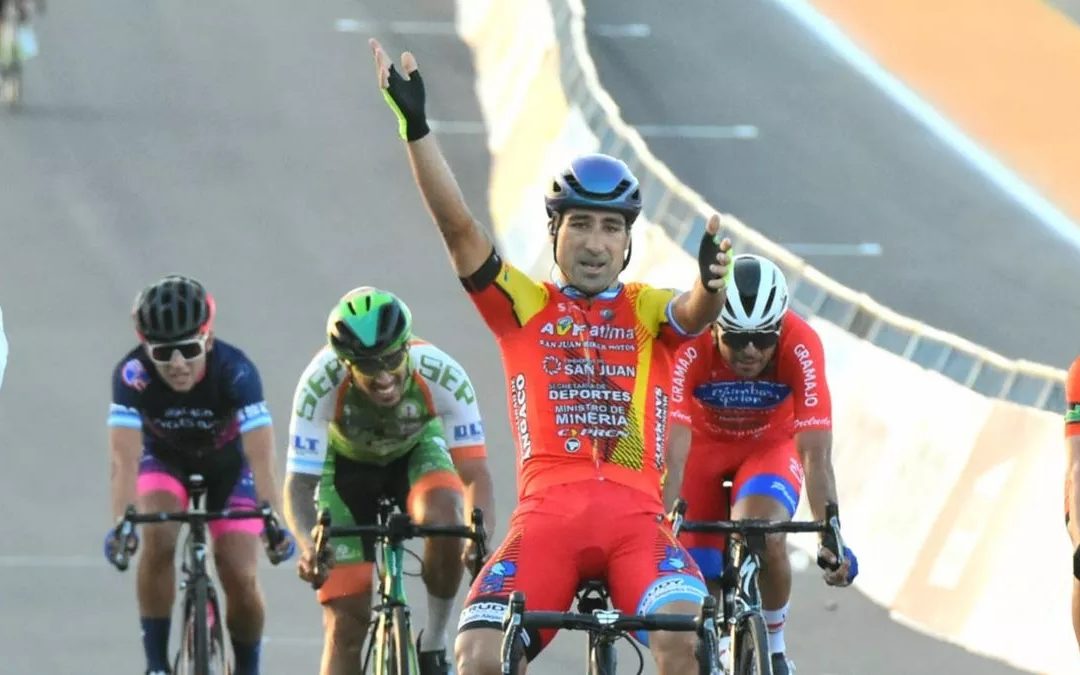 Ricardo Escuela, a rider from the Virgen de Fátima Group, won the first stage of the XX edition of the Giro del Sol and stayed with the segment that started from the San Juan Villicum Circuit to the Difunta Correa and returned to finish at the racetrack. of Albardón.

The Barrealino defeated Maximiliano Richeze (Chimbas Te Quiero) and Nicolás Tivani (Agrupación Virgen de Fátima) in the final sprint who completed the podium on the hot Saturday afternoon. Behind them appeared Maximiliano Navarrete (Municipality of Rawson) and Laureano Rosas (Guilds for Sports).

School needed 4 hours 12 minutes and a second to complete the 177 kilometers of Saturday’s stage in the competition that honors Nicolás Naranjo. In this way, Escuela took the lead in the general classification, Maximiliano Richeze was only a second and third, Nicolás Tivani appears four seconds away.

The Giro will continue on Sunday at 9 am with the Individual Time Trial. It will be a 15.2 km route along the Avenida de Circunvalación, starting from Paula Albarracín de Sarmiento and arriving at Mendoza Street, always in the southern sector of the ring.

The closing will arrive at 4 in the afternoon with the 157-kilometer test, which will start from the San Juan Villicum Circuit, travel to the dikes and return to finish at the Albardón racetrack.

In both starts and stage arrivals, a “health pass” will be required to meet a basic requirement imposed by the health situation. This is requested for the first time in a sporting event, together with the South American Beach Volleyball. The objective is to continue supporting the development of the sport “of the two wheels”, but with a strict protocol and a strong vaccination campaign in the province.

Twist of the Sun

Maximiliano Richeze (Chimbas I Love You)

Leonardo Rodríguez – (Chimbas Te I Love You) at 7 “

Maxi Navarrete – (Municipality of Rawson) at 9 ”