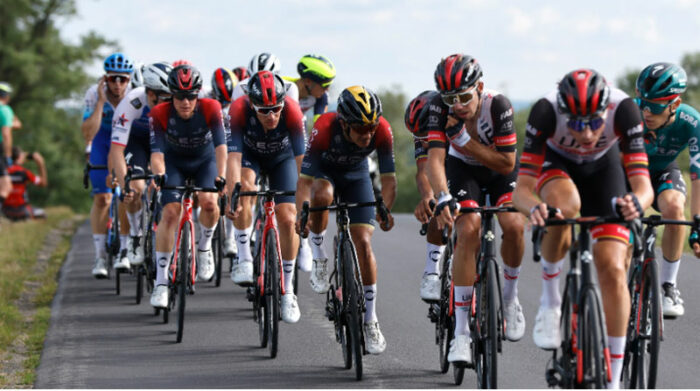 In an exciting finale, the Colombian Sergio Higuita took the victory of the third stage of the Tour of Poland in a day with the Ecuadorians Richard Carapaz, Jhonatan Narváez and Jefferson Cepeda as protagonists.

Higuita, from Cuba BORA – hansgrohe, prevailed in the final strong climb with 5:25:46 hours on the 237.9-kilometre route, from Krasnik to Przemysl, with which he could also take over the general classification of the race. He leads with a cumulative time of 15:31:00.

In the final part, a Richard Carapaz was seen who tried to crown the final pass first, but in the final meters he could not keep up with the pace set by the winner on the mountain. All in all, ‘Richie’ entered the stage in 13th place with the same time as the winner. Narváez, also from the Ineos Grenadiers, entered 14 seconds behind the winner.

In the general classification, Carapaz climbed 25 positions to now be in seventh place, 10 seconds behind Higuita. For his part, Narváez is in the box 22 to 24 seconds. The ‘Lizard’ climbed 42 positions in the general.

The third Ecuadorian in the race, Jefferson Cepeda from Caja Rural, is in 38th place overall at 45 seconds. The recent medalist of the Bolivarian Games climbed 80 positions in the general.

The fourth stage of the Tour of Poland will take place on August 2, 2022 with a route of 179.4 km between Lesko and Sanok. The competition will be held until August 5.

The return to Spain

The Tour of Poland is a traditional race that this 2022 reached its 79th edition. It is a great challenge for a good part of the international peloton, which incidentally is close to the next Tour of Spain that will start on August 19.

Richard Carapaz, one of the favorites to reach the podium in Poland is also the favorite to fight for the top positions in the Vuelta a España, a 21-stage race in which he was already runner-up in 2020.

The performance of the main cyclists in Poland will be a performance thermometer for what will be the third big of the season.

Carapaz had problems in stage 2

Due to mechanical problems, the Ecuadorian Richard Carapaz finished in 37th place in the second stage of the Tour of Poland, this July 31, 2022.

In the first kilometers, the tricolor was treated by the Ineos Grenadiers mechanics, due to problems with the rear wheel of the bicycle. In a short time he recovered and got back into the main squad.

In the end, Gerben Thijssen, from Intermarché, took the first place of the day with 4:47:23. The Belgian rider took first place after an intense final sprint, where he beat five competitors.

Carapaz finished in 37th place in the stage and is currently in 32nd place overall, 12 seconds behind Norwegian Jonas Abrahamsen, who leads the competition with a time of 10:05:12.