Richard Carapaz: his expectations before the Vuelta a España 2022 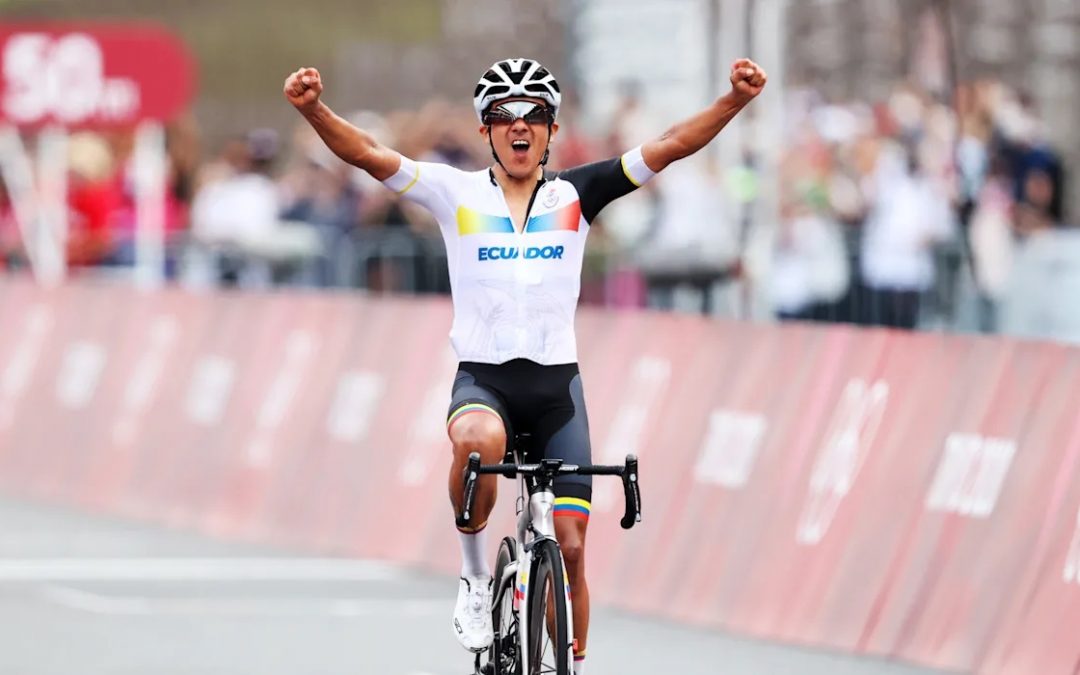 The Ecuadorian Richard Carapaz, Olympic road cycling champion in Tokyo 2020, is one of the main favorites to win the Vuelta a España 2022, the third and last Grand Tour of the season in men’s road cycling will take place from August 19 to 11 of September.

Carapaz has put all his preparation at the service of the great Spanish. After proclaiming himself runner-up in the Giro d’Italia 2022, the Ecuadorian from the Ineos Grenadiers made the decision not to participate in the Tour de France to focus on the Vuelta a España, where he has great options to finish on the podium.

The key stages for Carapaz

Since his second place in the Giro, Carapaz has focused his preparation on the Vuelta a España, which he arrives at after a 22nd position in the Tour of Poland.

The great Spanish is a good asset for the Ecuadorian. As a specialist climber, the Vuelta route features seven mountain stages, four mid-mountain stages and nine high-end stages [five of them unpublished in the Vuelta]. Despite the absence of the Pyrenees, these stages are where Carapaz can do more damage to his rivals:

High arrivals at the Vuelta a España

Mountain stages in the Vuelta a España 2022

His squires at INEOS

Carapaz is the leader of the INEOS Grenadiers and will be well accompanied in the Vuelta a España, with other tricks such as those of the young Spaniard Carlos Rodríguez or the British Tao Geoghegan Hart.

The team that INEOS presents in the Vuelta mixes experience and youth, and in fact has an average age of less than 25 years and four rookies in this race.

This is the entire squad of INEOS facing the great Spanish:

Tao Geoghegan Hart: winner of the Giro d’Italia in 2020 and mountain specialist, he is presented as Carapaz’s main ally when it comes to facing climbs. It is the third time that he contests the Vuelta.

Ethan Hayter: makes his debut in the Vuelta a España at the age of 23. He is a specialist in sprints and will be key in the two time trials that are planned in the event, since he is the current champion of Great Britain in the individual time trial.

Luke Plapp: he is the national champion of Australia and debuts in the Vuelta a España at only 21 years old. It is also his first Grand Tour.

Carlos Rodríguez: Spanish road cycling champion. He makes his debut in the Vuelta a España at just 21 years old. This season he has managed to finish in the top5 of the general classification in stage races on four occasions and he is destined to be one of the most outstanding Spanish cyclists in the coming years.

Pavel Sivakov: mountain specialist, Sivakov comes from winning the Vuelta a Burgos and being second in the Clásica de San Sebastián.

Ben Turner: makes his debut in the Vuelta a España at the age of 23, after being seventh in the road cycling race at the recent Commonwealth Games.

Dylan van Baarle: flat specialist, won Paris-Roubaix this season and was second in the Tour of Flanders.

By Marta Martin at www.olympics.com