Richard Carapaz: “I would like to win my second Giro d’Italia” 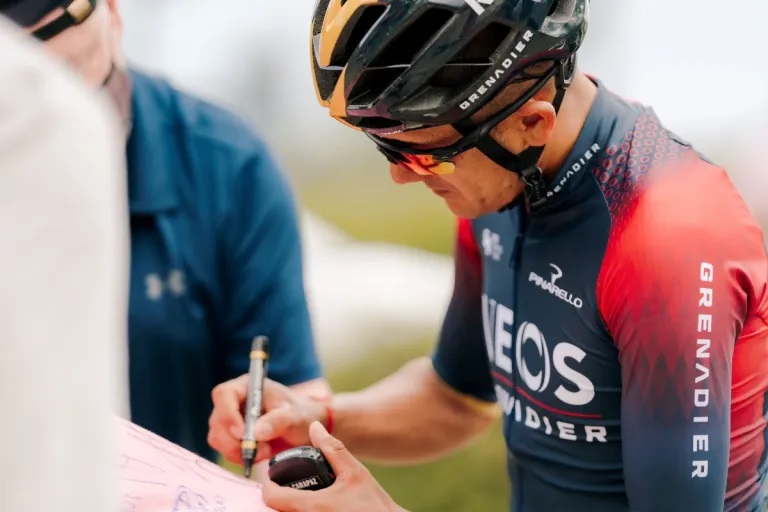 2019 Giro d’Italia champion Richard Carapaz arrives as the top favorite to win this year’s Corsa Rosa. He is often mentioned as the great candidate to win the first major of the season and the leader of the Ineos Grenadiers does not hide his ambitions: “We are very focused for this Giro. We want to win here.”

The Olympic champion explained it in more detail in the press conference prior to the start of the Giro in Hungary. “I would like to win my second Grand Tour and I am hopeful that everything will turn out well. My preparation has been quite optimal in Ecuador,” said Carapaz.

The Ecuadorian rider’s last race was the Tour of Catalonia in March, where he won a stage and finished second in the final standings. “You will see another Richard. It is not like in 2019 with Movistar, when I had to share the leadership. Now more than ever I come with a super clear objective: to win”, added the Ineos leader.

Likewise, Carapaz gave his opinion on the route of the 105th edition of the Italian race, accepting its harshness. “This year the competition will be even more technical. The energy has to be evenly distributed over the three weeks. From the fourth stage it becomes really difficult and then we will see who the opponents will be. It’s going to be a tough race, but we’re definitely going to give our best.”

Finally, the South American runner referred to the return of his partner Egan Bernal after the serious accident. “It was very nice to see Egan again. You can see in him that he is eager to return and I hope to see him back in competition soon”, concluded Carapaz.

The British Simon Yates (BikeExchange), third classified in the 2021 Giro and winner of the 2018 Vuelta, assured that the Ecuadorian of Ineos Richard Carapaz is the great favorite to achieve the pink jersey in the 105th edition of the Italian race that begins this Friday in Budapest.

“Richard Carapaz has the strongest team and he has already won the race before. So it is normal to consider him the great favorite”, said the 29-year-old cyclist from Bury, at the team’s presentation press conference, although he specified that both the Portuguese Joao Almeida and he could finish on the podium.