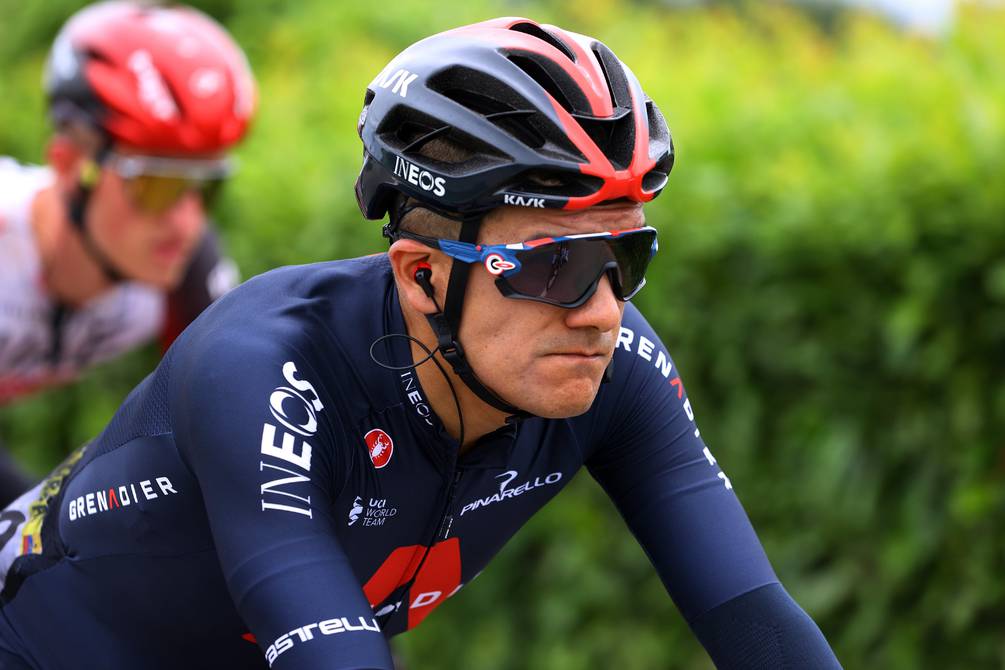 The Ecuadorian rider Richard Carapaz (Ineos-Grenadiers) dodged all the falls, helped his teammates and arrived thirteenth in the third stage of the Tour de France, with which he moved to third place in the general classification 31 seconds behind leader Mathieu Van der Poel (Alpecin-Fenix).

The Ecuadorian finished with a smile a dramatic day in the race, run over 182.9 flat kilometers between Lorient and Pontivy, won by Belgian Tim Merlier (Alpecin-Fenix), and in which several stars suffered spectacular falls, with injuries and losses time, which may affect their personal aspirations.

Richard rode with the main group away from nerves and is the best Latin American in the competition, as he rose from 18th place to third, while Colombian Nairo Quintana (Team Arkéa Samsic) also climbed to the top ten with an eighth place overall, a 40 seconds of Van der Poel.

The segment had no concessions with the favorites. A teammate of Carapaz at Ineos, Geraint Thomas was one of the first injured with a fall that injured his shoulder and hand. In the end, the Slovenian Primoz Roglic also ended up on the floor due to an oversight.

The Colombian Miguel Ángel López (Movistar Team) and the Slovenian Primoz Roglic (Jumbo-Visma) were also involved in accidents in the last ten kilometers, with valuable loss of time; like Tadej Pogacar (UAE-Team Emirates), who although saved a fall, he was caught by the runners scattered on the floor, less than three kilometers from the finish line.

The rest of the Latin cyclists, all Colombian, march in the following way in the French competition: Sergio Higuita (EF Education – Nippo) is tenth to 52 seconds of the first place; Esteban Chaves (Team BikeExchangeX) is fourteenth also at 52 seconds, as is Rigoberto Urán (EF Education – Nippo) in 15th place. Sergio Luis Henao (Team Qhubeka NextHash) march a little further behind on step 25 at 2:21. and Miguel Ángel López (Movistar) in position 43 at 3:43.

On Tuesday, Richard will defend his place on another flat route between Redon and Fougère with 150 kilometers, where fewer accidents are expected than those that have occurred so far in the first three days of the prestigious French tour.