Richard Carapaz leads the INEOS club for the Tour of Switzerland 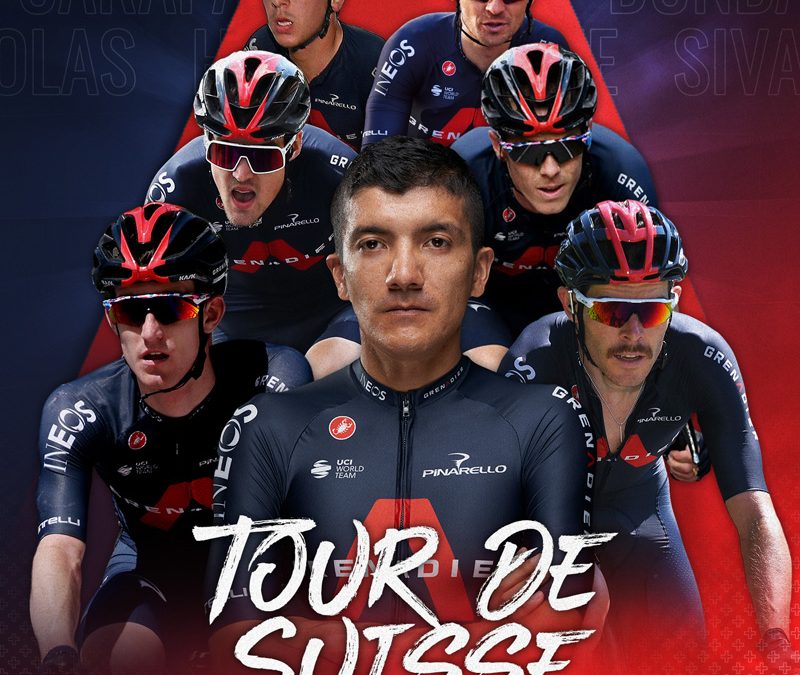 As the culmination of his preparation for the Tour de France, the Ecuadorian Richard Carapaz will appear in the next Tour de Suisse (June 6-13) as the leading man within his squad, INEOS Grenadiers, and of course, a strong contender to win. the victory in the fair fair.

The Carchense will be sheltered by a strong group of gregarious, some of whom, surely, will be later in the highest gala race, scheduled from June 26 to July 18, and for which several road cycling stars have confirmed worldwide, despite the proximity of the Tokyo Olympics.

Since his participation in the Tour of Catalonia, Tour of the Basque Country and the three Ardennes classics, Capapaz has progressed in physical condition and adds him and the kilometers necessary to be in good shape at this point of the season.

The winner of the 2019 Giro d’Italia decided to be a period out of the active route to polish his skills through training, hence this return to elite competitions on Swiss soil will have as a fundamental purpose to ratify his progress and complete his physical form of face to the Tour de France.

The following names will accompany Carapaz in the INEOs Grenadiers team: Rohan Dennis, Luke Rowe, Eddie Dunbar, Michal Golas, Sebastián Henao and the great novelty, Pavel Sivakov, who returns to the road after his abandonment due to a fall on the fifth day of the recently completed Italy spin.

As explained by his coaches, the idea with the Ecuadorian rider is not that he is 100% in Switzerland, but close and that without many renowned opponents he opts for an outstanding result in the general classification. In the last four years, the Tour de Suisse has been dominated by two riders from America, Colombians Miguel Ángel López (2016) and Egan Bernal (2019).