RICHARD CARAPAZ, NEW LEADER OF THE VUELTA OF SPAIN 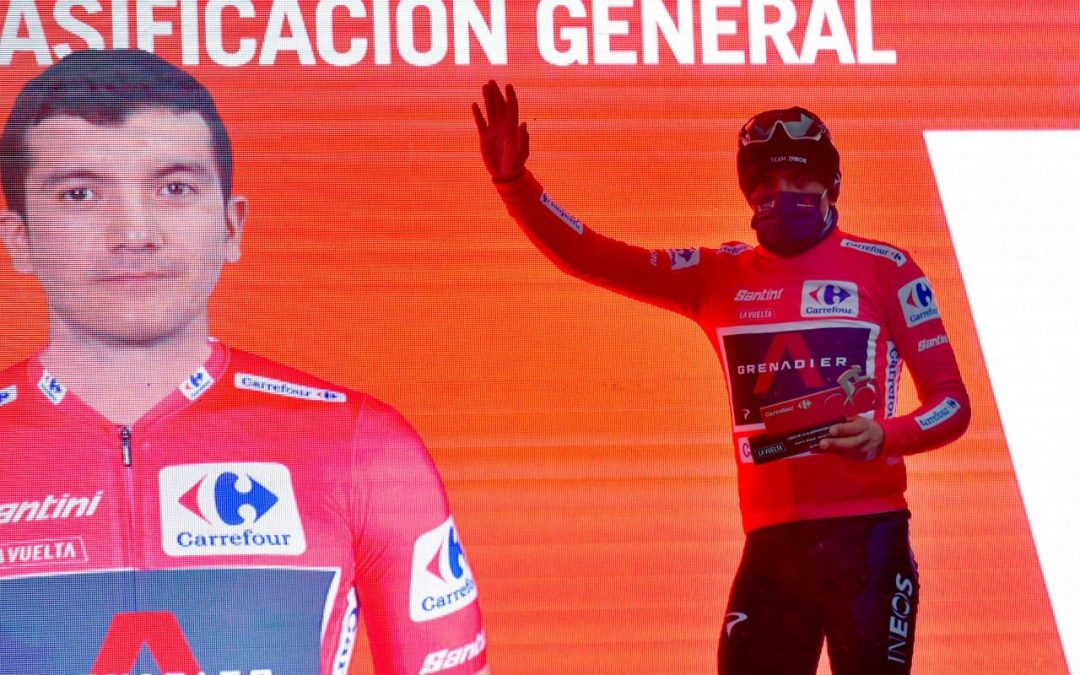 The Spanish Izaguirre Insausti (Astana Pro Team) won the sixth stage of the Vuelta de España this Sunday, while the Ecuadorian Richard Carapaz snatched the red lead of the race from the Slovenian Primoz Roglic.

The Ecuadorian from Ineos Grenadiers, who entered twelfth place this day, became the new leader of the race and takes a difference of 18 seconds to English Hugh Carthy (Education First), now second, and 20 seconds to Irish Dan Martin (Israel), third.

Roglic, meanwhile, fell to fourth place in the standings 30 seconds behind Carapaz.

The hardness of the stage in the Pyrenean mountains, with cold and rain, were not determining factors for the Carchense cyclist who yesterday had given the mountain leader’s polka dot jersey to Belgian Tim Wellens.

The power of Carapaz was tremendous in the last kilometers of Formigal.

The winner of the stage came out of a numerous escape that was undone as the kilometers passed.

Izaguirre attacked in the last three kilometers of the climb to the finish line, to surprise his fellow escapees, while from behind the favorites saw Roglic’s weakness to attack the Slovenian.

Carapaz will sleep leader of the Vuelta at least until Tuesday, October 27, when the race resumes with the dispute of the seventh stage between Vitoria and Villanueva de Valdegovia. Monday will be a day of rest for the peloton.