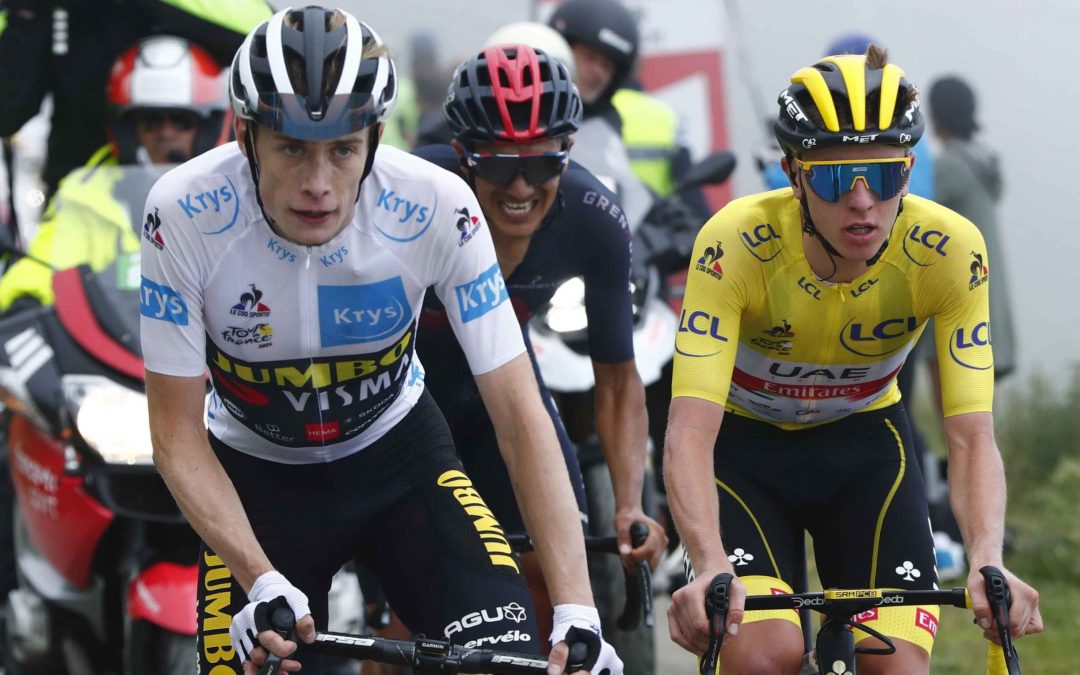 The Ecuadorian Richard Carapaz (Ineos Grenadiers) came in third place on stage 18 of the Tour de France and again it was in a heads up in the last kilometer with the Slovenian Tadej Pogacar (UAE-Team Emirates), leader of the race, which is now entering its last days, with just three pending stages to celebrate.

The Slovenian Tadej Pogacar did not give concessions to his rivals this Thursday, July 15 and prevailed with the yellow jersey on top of Luz Ardiden, ahead of the Danish Jonas Vingegaard (Jumbo Visma) and Carapaz, who accompany him, in that same order , the podium of the general classification of the Tour.

The UAE rider proved, once again, that he is the strongest in this event of the cranks and pedals by achieving his third partial victory, after the previous one at the Col du Portet and the Laval time trial.

In the segment, the most striking thing for America was the slip of the Colombian Rigoberto Urán to the tenth box of the general (he was fourth before this Thursday), because he was left off the hook three kilometers from crowning the Tourmalet, the penultimate port of the day, and therefore it entered the 43rd place on the sentence line, at 8:48 from the leaders.

Urán is thus without podium options, from which he is separated by more than 10 minutes, with the time trial next Saturday as the only chance to come back. The Australian Ben OConnor inherited the fourth position, almost two and a half minutes behind the Ecuadorian Carapaz, while fifth is the Dutch Wilko Kelderman, 32 seconds behind.

With his victory at the top of Luz Ardiden, the Slovenian Tadej Pogacar also secured the red dot jersey that distinguishes the king of the mountain in the Tour de France. Pogacar, in a very good position to win his second consecutive Tour, is also the leader of the youth classification, distinguished with the white jersey.

This was a short day, of 129.7 kilometers between Pau – who received the Tour for the eighth time in a row, a record, for a total of 73 editions – and Luz Ardiden. There will be no more ground to define the general classification before Saturday’s time trial as the cyclists face it after four hard days in the Pyrenees and in the final stage of the Tour, with more than 4,000 kilometers already on their legs.

The Tour reached Luz Ardiden for the last time in 2011, with the victory of Spaniard Samuel Sánchez, who inscribed his name on a peak where that of his compatriots Pedro Delgado, Laudelino Cubino, Miguel Indurain and Roberto Laiseka already appeared.