RICHARD CARAPAZ SECOND IN STAGE 1 OF THE VUELTA ESPAÑA 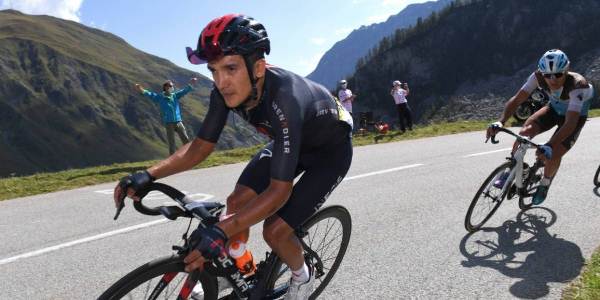 The Ecuadorian cyclist, Richard Carapaz, continues to give joy to the country. This October 20 he finished second in Stage 1 of the Vuelta a España, with a time of 4h 22’35 ″. The winner of the stage was Primoz Roglic (Jumbo-Visma), who won by around a second to take the lead. In third place was Dan Martin (Israel Start Up Nation).

Roglic, 30, reaped a 10-second bonus, allowing him to lead the overall with 5 seconds over Carapaz and 7 over Martin. Enric Mas is sixth at 11 seconds.

This Wednesday the second stage is held between Pamplona and Lekunberri, with a route of 151.6 kilometers.