Richard Carapaz, the cyclist of the milestones, podium in the Tour de France 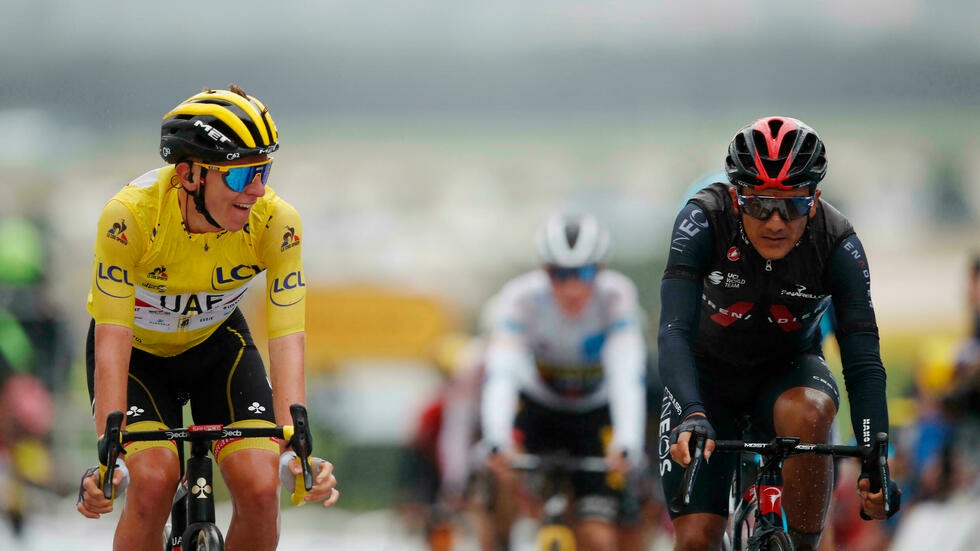 Sunday day without surprises. The last 108.4 kilometers of the 108th edition of the Tour de France went down in history on the Champs Elysees circuit, which left Ecuadorian Richard Carapaz on the podium, as the third best placed behind the Slovenian Tadej Pogacar, two-time champion of this fair , and the Danish Jonas Vingegaard.

The Ecuadorian, like the rest of the peloton, had enough to reach the finish line to secure third place, a position that he occupied during the last stages and that he defended in the time trial from the stage prior to the end.

Beyond a small scare in the middle of the journey, in which he had to receive medical assistance for a nasal problem, Carapaz arrived with the main batch, with the same time as the winner of the day, the Belgian Wout van Aert (Jumbo-Visma) who he prevailed in the sprint. The winner’s time was 2 hours 39 minutes 37 seconds.

The Locomotive was placed in 88th place on the stage, without consequences for a third place as leader of Ineos Grenadiers, a British squad that occupied fourth place in the team classification.

Professional since 2016 with the Movistar Team, the Carchense adds important achievements in the WorldTour, but the title of the Giro d’Italia in 2019, the second place in the 2020 Vuelta a España and this third place in the Grande Boucle are outstanding, the latter with the Ineos jersey. Added a fourth place in the Corsa Rosa in 2018, when he was also the second best youngster in the event.

In addition, ‘Richie’ has joined the select group of 20 cyclists, to date, who have reached the podium in the big three, such as the Tour, the Giro d’Italia and the Vuelta a España.

He thus ends a strong contest and in just a few days he will travel to Japan, to represent his country in the road test of the XXXII Olympic Games, in which he could surprise with another podium.