Rigoberto Urán gets his first victory in the Vuelta a España 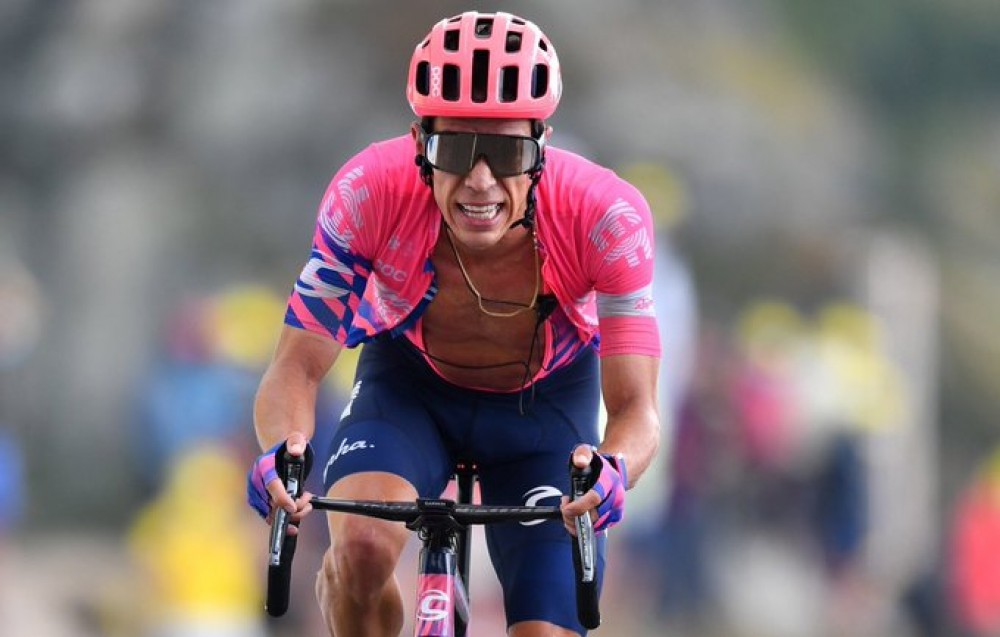 The Colombian rider Rigoberto Urán (EF Education-Easypost) won fraction 17 of the Vuelta a España 2022 and achieved his first victory in the Iberian race. In this way he got into the select group of stage winners in the three Grand Tours.

With the victory of him ‘Rigo’ he became the fourth ‘beetle’ to achieve victory in the three grand tours (Tour, Giro, Vuelta) and equaled Lucho Herrera, Oliverio Rincón and Nairo Quintana.

“I saw the opportunity and said: It’s now or never and I tried. You always have to try and have your morale up. I waited until the end to start because we all came with the right forces. I had been looking for it for many years,” Urán told the media after completing the 162.3-kilometer journey.

The runner from Antioquia integrated a break that managed to have more than 7 minutes of advantage and in which he was the best placed in the general. This is how Urán assumed the responsibility of neutralizing all the attacks on the last climb of the second category and a few meters away he launched himself for victory.

“Very fast riders came and I had to spend a little more because I was benefiting in the general classification. It is a very nice victory for me, for my career, ”added he, Urán.

The 35-year-old Colombian veteran was able to finish off in an exciting finale the breakaway that has stood out on the last ascent, thus achieving the triple crown of victories in Grand Tours after his triumphs in the Giro d’Italia (2013 and 2014) and the Tour de France (2017).

Finally, ‘Rigo’ delivered a few words of thanks to his group of colleagues and his family environment. “I thank my team, my family and myself because I am the first to trust me… You always have to believe and fight, get up with a good attitude and try, never lose hope”, concluded ‘El Toro de Urrao’.

With this result, Urán entered the top ten of the individual general classification, since he is now ninth at 9:33 behind the leader Remco Evenepoel. Another Colombian Miguel Ángel López, fifth now, also advanced one position. The day was also marked by the withdrawal of the Slovenian Primoz Roglic, who could not take the start on the day due to the silly fall he suffered in the final meters of Tuesday’s stage.