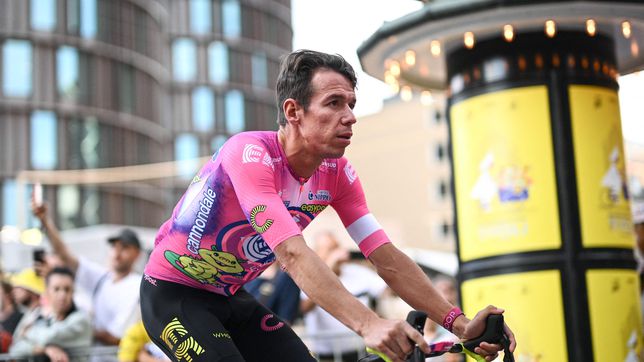 This Wednesday, the American team EF, presented the eight cyclists who will ride the Tour de France, among them, the Colombian Rigoberto Urán, who has been chosen as the leader of the squad for the competition that will take place between 1 and on July 24.

In dialogue with the official page, the Antioquian reaffirmed the complexity of the competition and revealed some points necessary to perform at the maximum during the 21 days.

Urán, who in 2017 was runner-up in the Tour de France, said that the changes for this edition will favor the competition. Starting in Denmark, a country with a great love of cycling, all eyes will be on what happens. In the same way, he mentioned that the changes in the bicycles will be a test for the participants.

“The level is very high. Every stage is tough. The cyclists, the masseuses, the mechanics… everyone is focused and nervous for 21 days,” said Rigo, who will ride his ninth Tour de France.

In addition, the 35-year-old cyclist and the third Colombian confirmed for the competition, stressed the difficulty of the test, taking into account that the best in the world will participate. On the other hand, he indicated how the team has prepared in terms of strategy to face the race and mentioned that rest is a fundamental aspect.

“First you have to be lucky and then healthy. You have to make a strategy, but you have to take it day by day. The most important thing is to sleep well, ”Urán concluded in the dialogue with his squad page.