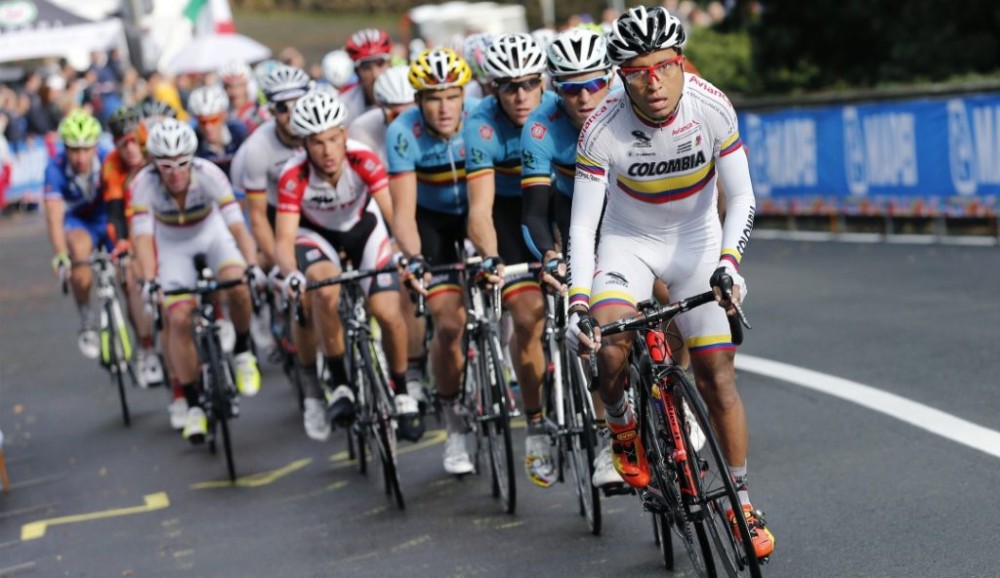 The week from September 18 to 25 will be one of the most exciting of the cycling season, as the World Championships will take place in the city of Wollongong, in the Australian state of New South Wales, just 80 kilometers south of Sydney. road cycling. Together with the three grand tours, it is the most prestigious victory that can be achieved by a professional cyclist.

In addition to the queen event, the World Cycling Championship in the Men’s Elite category, the rainbow jerseys will also be up for grabs, in junior and sub-23 categories, for both men and women.

Prior to the road events, the time trial titles of the different categories will be put into play, in addition to the peculiar mixed relay team time trial event introduced in 2019, in which each country competes with a team made up of three men and three men. women who each carry out their test against the clock, adding the time of both participations.

The celebration of this World Cup in Australia has not escaped the controversy of the UCI points, and there are not a few who have criticized the fact that this test, which is held in the sphere of the national teams, contributes a good number of points, in the In the case of the road race, almost as many as winning the general Giro d’Italia or La Vuelta a España.

These points, it must be said, affect the team of the cyclist who achieves them, affecting the fight to avoid relegation from the World Tour category.

On the other hand, several voices have been raised criticizing that the teams involved in the fight for relegation, including the Movistar Team, have already proposed reserving their main cyclists, avoiding the long journey to Australia and the consequences of such a time change, facing to the end-of-season tests, with races like Il Lombardia and the Italian classics that precede the last monument like a good fishing ground for points.

For the moment, there will be presumed absences of notable riders such as Caleb Ewan, Alejandro Valverde or Alex Aranburu.

The track of this World Cup in Australia flees from specificities such as the mountainous track of Insbruck or the cobblestones of last year in Flanders and defines a track that we could describe as very much in the style of the World Cups.

In the case of the Elite Men’s event, the cyclists will have to cover 266.9 km with an accumulated ascent of 3,945 meters in a race that will start in the town of Helensburgh, north of Wollongong.

An initial section of 27 km, going along the coast, will return them to the venue of this 2022 Cycling World Championship to face a loop in which Mount Keira is ascended, a climb of 8.7 kilometers with a very hard first part although it later stabilizes its slope around 5%.

After crowning it, the cyclists will return to Wollongong to enter the final circuit that they have to complete 12 laps. A 17.1 km long cycle ride through the interior of the city that includes Mount Pleasant as the only difficulty, a 1.1 km climb at an average gradient of 7.7% although with ramps that reach 13%, a real wall that must be the decisive point for the dispute of this World Cup in Australia.

Despite the aforementioned issue of the impact that UCI points may have on participation in this World Cup, the cast that will go to Wollongong to compete in this 2022 Cycling World Cup will be bells and whistles.

Names like Wout Van Aert, Julian Alaphilippe who will try to defend the title, Mathieu Van der Poel who we do not know if he has managed to recover his pedal stroke after abandoning the Tour de France or the revelation of the season, the Eritrean Biniam Girmay.

Nor can we forget Tadej Pogacar, who already showed during the spring that he can give 100% on a classic-style tour or Remco Evenepoel, depending on the condition in which the Vuelta a España finishes.

In any case, with three weeks to go before the 2022 Cycling World Championships, there are still many things that can change and the teams have yet to be defined before giving a list of definitive favorites.

The cycling world championship offers us a week full of competitions in all categories. These are the times and dates of the different tests. On this occasion, when the World Cup is being played in Australia, the time difference will force us to be in front of the TV at ungodly hours if we want to follow the competitions live.