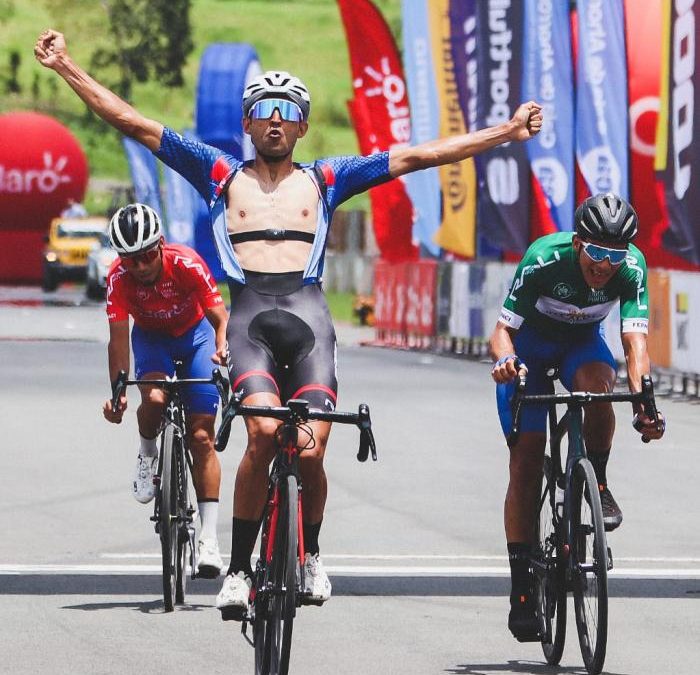 Roberto González from Santeño and Bolívar Espinosa from Chirica shone in the sixth stage of the 2022 Tour of Panama, winning and maintaining the lead this Saturday at the International Autodromo, which included 23 laps in about 3 kilometers of uncovered road or sterrato.

González, from the Rali Giant team, managed to integrate a trident that also included Honduran Luis López, from Ópticas Deluxe, as well as Bolívar Espinosa.

In the end, the sprint of the trio was won by the cyclist from Santeño marking 1 hour 33 minutes and 50 seconds, with a second position for Luis López and a third place for Bolívar Espinosa, both a second apart.

Gonzalez pointed out to the media that this type of event is very positive for Panamanian cycling, since it is very popular in Europe.

“Thank God we got the victory of the day and rewarded the work of my teammates. We feel good, since in my beginnings I did a lot of mountain biking,” added the Santeño cyclist who has been competing in the old continent for several years.

In the general classification Bolívar Espinosa has an advantage with a cumulative time of 12 hours, 26 minutes and 19 seconds, with a difference of 24 seconds over Luís López and now Roberto González is third at 3:22 minutes.

“We knew that many attacks would come and the team knew how to counter them. In the uncovered we kept a cool head, without despairing and always keeping López in sight, who follows me in the general classification,” Espinosa told the Panamanian Cycling Federation.

This Sunday the seventh stage will be run and will take place in the Cinta Costera 1. It will be a circuit scheduled for 18 laps to total 93.3 kilometers with three intermediate sprints, in which the special guest Luis “lucho” Herrera will be present.