RODAS, VIRTUAL WINNER OF THE TOUR OF GUATEMALA AFTER THE NINTH STAGE THAT WINS PADILLA 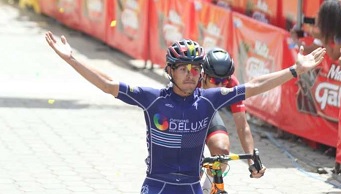 GUATEMALA CITY. The Guatemalan Julio Padilla won on Thursday the ninth stage of the return to Guatemala, the second in his private account, by winning the Colombian Bryan Gomez, but Manuel Rodas is already emerging as the winner of the competition.

After disputing the nearly 125 kilometers that separate Pamezabal from El Camán, in Patzicía, Padilla first stepped on the podium with a time of 2 hours, 51 minutes and 26 seconds, the same as Gómez and the Peruvian Alonso Gamero, who disputed a tachycardic sprint.

The penultimate stage, with three flying goals, which Peruvians won, and three mountain awards, which remained on the legs of Colombian and Guatemalan cyclists, passed without major incidents and with Rhodes as virtual winner.

If the results are maintained, this Friday the Guatemalan, who did not release the yellow jersey since the fifth stage, would win his second round to Guatemala – after 2017 – recognized by the International Cycling Union as category 2.2.

Another of the winners of this day was the Colombian Cristian Cubides, of the Edimar Mindeportes team, who was crowned champion of the mountain after contesting the last prize of this test.

This Friday a circuit will be held in the Peripheral Ring of the capital, which includes 8 laps of a total of 140 kilometers, and in which the local team Decorabaños is preparing to celebrate its third consecutive victory. (esciclismo.com)