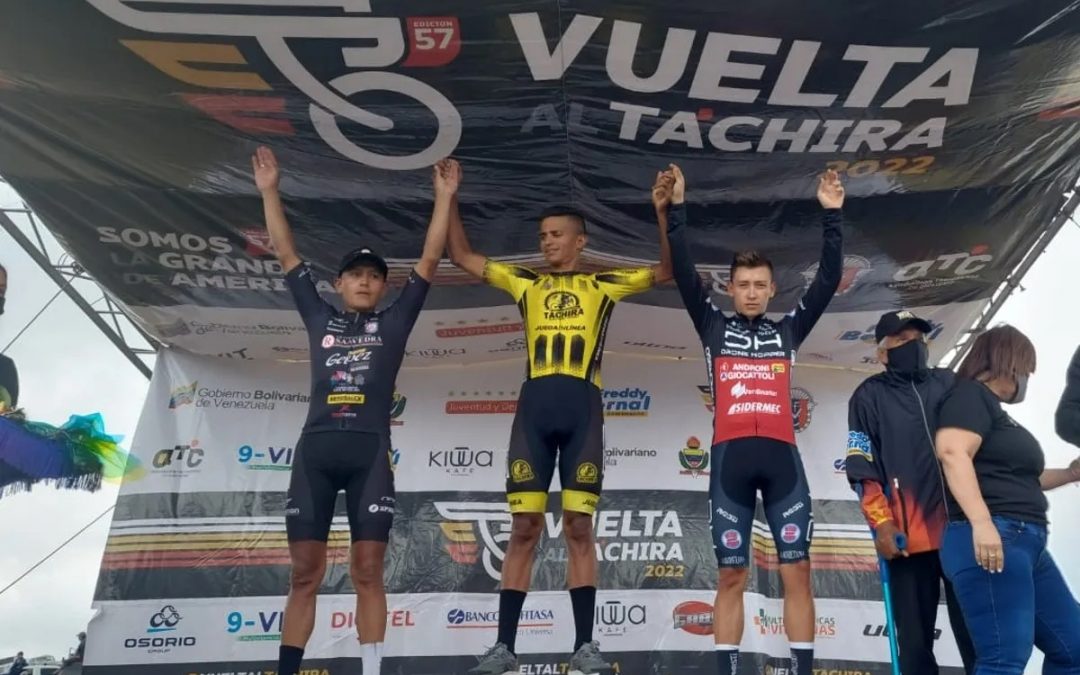 A great battle between the climbers was experienced in the sixth stage of the Tour of Táchira, where the Venezuelan Roniel Campos gave a blow of authority in the Casa del Padre, staying with the victory alone after traveling 114.1 kilometers.

The mountainous day began with the early movement of three men, who launched themselves into the attack, the Colombian Andrés Camilo Pedroza (Team Herrera Sport) and the Venezuelans Máximo Rojas (Team Carabobo) and Pedro Sequera (Pegasus La Guaira). The hourly average of the second hour of the race passed at more than 38 km per hour.

The escape of the three riders maintained the harmony of the pedaling until the second special sprint, in which the rider Pedroza passed first. The breakaways gave way at the top and 5 more cyclists jumped out of the lot, getting closer and closer to the breakaway, which reached a difference of more than three minutes.

Entering the final 50 kilometers, the peloton reduced the advantage of the survivors of the breakaway to less than two minutes. While they were preparing to pass for the first second category mountain prize, the lot stretched to the rhythm of the men from Deportivo Táchira JHS.

In the final stretches, last year’s champion Roniel Campos (Deportivo Táchira JHS) quickened his pace and launched an attack that ended up destroying the group of leaders, who remained with the Colombians from Paisa Pride in pursuit. The pedaling of the Venezuelan Campos made a dent and his difference increased more and more over the chasing group that helped him to take his first victory in this edition.

This Saturday the seventh day will be run over 117 kilometers that includes two mountain prizes, with an ascent finish in the Cerro de Cristo Rey, which suggests another great battle of climbers and a day of great selection towards the title of champion.