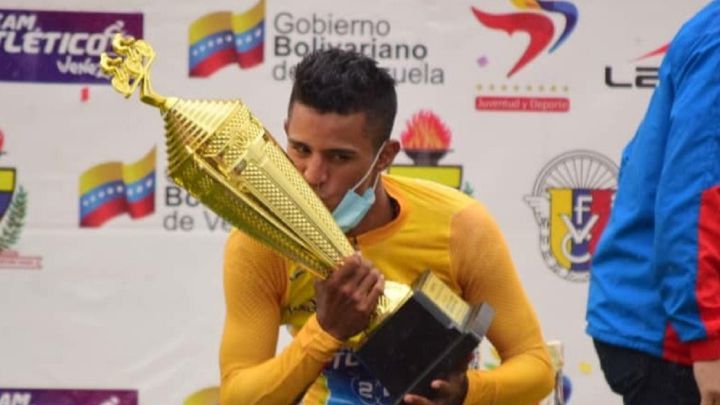 The queen event of cycling in Venezuela, the Tour of Táchira, begins this Sunday, January 16 with the local Roniel Campos in search of the triple championship, while the participation of eleven foreign teams was confirmed, in what opens the International Cycling Union season in America.

“We hope that this 2022 will be repeated and I trust that it will be like that,” Campos, 28, a member of the Deportivo Táchira team, told the press. “We are preparing to win,” said Campos, who last year won the title for the second time, after winning victories in the second, third and fifth stages.

This 57th edition will feature riders from Serbia, Panama, the United States, Colombia, Peru, Honduras, the Dominican Republic and the Netherlands challenging the home competitors. The Drone Hopper-Androni Giocattoli Italian club stands out as the most important of the visiting teams.

The Tour of Táchira 2022 will run for eight stages until January 23, with a route of 1,026 kilometers. The first section, 123.9 kilometers long, is an urban circuit between Táriba and San Cristóbal (west).

The last foreign champion of this event was the Costa Rican Joseph Chavarría in 2016. The historic record of the Tour of Táchira is headed by ‘El Cóndor’ José Rujano, legend of Venezuelan cycling, owner of four crowns in 2004, 2005, 2010 and 2015 .

The locals have been champions of the Tour of Táchira on 33 occasions, while riders from Colombia, on 19. There are two winners from the former Soviet Union, one from Cuba, and another from Costa Rica.